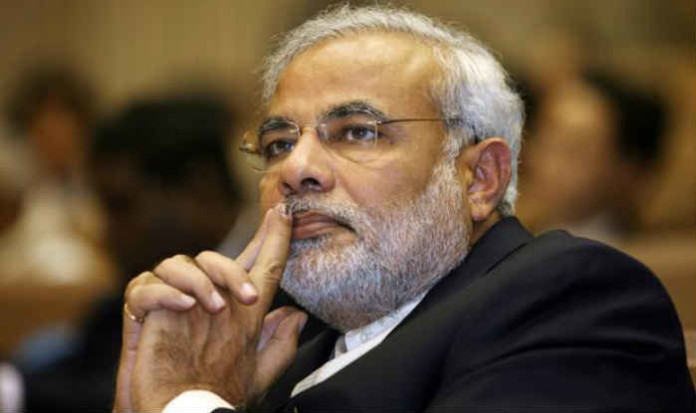 As the Narendra-Modi Government successfully completes two years in office, it aims to further consolidate its presence with its outreach programme, though with a different theme: #TransformingIndia.

On Thursday, Prime Minister Narendra Modi also released a video for the ‘Transforming India’ anthem that details the Central Government’s achievements in the last two years.

“Mera desh badal raha hai, aage badh raha hai, #TransformingIndia (My country is changing, it is moving ahead),” Modi posted on Twitter as he released the video.

To kick-start the celebrations marking the two-year stint in power, he addressed a mammoth rally in Saharanpur in Uttar Pradesh. Incidentally, the state going to polls next year.

While the PM will be visiting Shillong on May 27, his ministries will be holding public meetings in different states the same day. Home Minister Rajnath Singh will be in Delhi, Foreign Minister Sushma Swaraj in Jaipur, Defence Minister Manohar Parrikar in Chennai, Telecom Minister Ravi Shankar Prasad in Mumbai, Parliamentary Affairs Minister Venkaiah Naidu in Bengaluru and Health Minister J P Nadda in PM’s constituency, Varanasi.

A total of 33 teams will hold such interactions with beneficiaries of government schemes and intellectuals in 198 cities till June 15.

The celebrations will also see a massive cultural show at India Gate on Saturday which will be attended by celebrities like Amitabh Bachchan, Anupam Kher and Prasoon Joshi.

During the show, Bachchan is expected to host a segment of the five-hour programme where short films around the government’s welfare schemes are likely to get screened.

Select beneficiaries of the various social sector schemes are also expected to share their experiences.

Besides the rally in Saharanpur, PM Modi will also address public meetings in Dhavalgiri in Karnataka on May 29, in Balasore in Odisha on June 2, and another one in Rajasthan.