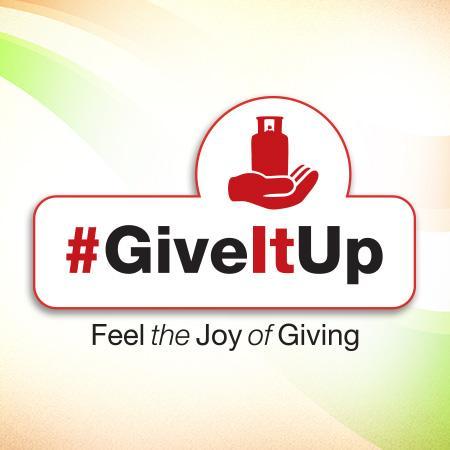 Dharmendra Pradhan, Minister of State (Independent Charge) for Petroleum and Natural Gas, held a press conference to mark achievement of one crore consumers joining the ‘GiveItUp’ movement, which was started on the call given by the Prime Minister on 27.03.2015 at Úrja Sangam’ conclave.

Through the GiveItUp initiative the Government urged the well-off LPG consumers to voluntarily surrender their subsidy and through the subsidy saved, the Government promised to give connection to poor families having no LPG connection.

Pradhan shared the idea behind starting the GiveItUp’’ movement and thanked all individuals who volunteered to surrendered their subsidy. He thanked the Prime Minister, Narendra Modi, for initiating the idea and carrying it forward as a ‘brand ambassador’ . He highlighted that majority of GiveItUp consumers belongs to middle class families, pensioners, teachers, etc who were driven by an idea to help their needy fellow citizens.

The States of Maharashtra, Uttar Pradesh, Delhi, Karnataka and Tamil Nadu have contributed to nearly 50 % of the total numbers. More than 60 lakh connections have been given to BPL families.