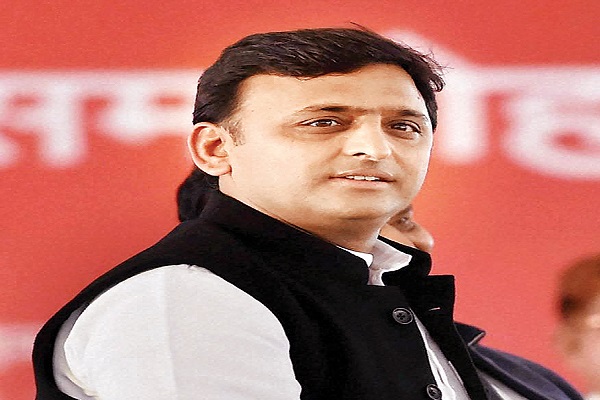 Youth and technology go hand-in-hand, and the young Chief Minister Akhilesh Yadav has proved it yet again. Having studied in Sydney, Australia, the local lad of Uttar Pradesh is scripting the technology story for his home state with sprinkles of global Information Technology trends, writes Arpit Gupta of Elets News Network (ENN)

Although starting a little late, the incumbent Akhilesh Yadav Government is leaving no stone unturned to improve the quality of governance through various eGovernance initiatives in the State. In the last three-and-a-half years’ tenure, the government has been using IT as a vehicle for economic development through a range of its initiatives.

The IT Policy of Uttar Pradesh was released in 2012 with an aim to reinforce the position of the State as the preferred IT/ITeS investment destination in India. The State has several world-class institutions imparting IT education, such as IIT Kanpur, IIM Lucknow, IIIT Allahabad, MNNIT Allahabad, IMT Ghaziabad, C-DAC Noida and IT-BHU.

Taking a big leap in IT, the Samajwadi Party Government had promised to distribute free laptops and tablet computers to 10+2 and high-school pass-out students in its 2012 Assembly election manifesto, and it did keep its words. That was first time that some poor students had the first-hand feel of a computer.

UPSWAN, one of the major projects to boost IT/Network infrastructure in the State, has been implemented, and all 885 centers have been connected with 2 Mbps bandwidth up to the block level to improve delivery of services to the citizens. eVillage scheme was launched in order to provide government services over the counter to the villagers.

While Noida and Greater Noida earned recognition as major IT-ITeS destinations in the country, with a number of Special Economic Zones and Software Technology Parks, Uttar Pradesh has emerged as India’s major IT exporter. The Government is now building a 100 acres ‘IT City’ along Lucknow-Sultanpur highway, and the IT park project in Lucknow, to be built at an estimated cost of Rs. 285 crore, is proposed to be developed on an area of approximately 1.3 lakh square metre.

There are many other examples set by the government, which elaborately narrate the journey of UP towards digitisation. It is one of the first states in the country that prepared a fully digitised state budget. The Online Pension Disbursement System (old age, widow, handicap, etc.) has benefitted more than 45 lakh pensioners of the State.

That apart, UP is one of the pioneer states in the country to have used an IT-based initiative for electronic transfer of scholarships money that would benefit more than 4.2 crore children of the OBC, SC, ST, Minority and General categories. Also, e-services are being made available to the citizens through Common Service Centres and e-Suvidha Kendras.

Expectations of public from the young Chief Minister were very high in the last elections. And, he lived it well. Now, the next Assembly election is slated for early 2017 in the State, and expectations are high again.

Meanwhile, the Samajwadi Party has started “Gaon Gaon Akhilesh” campaign, which is aimed at informing the people about the achievements of the Akhilesh Yadav-led SP government in the State and collecting feedback on the implementation of various schemes at the grass-root level. The focus is on projecting Akhilesh as a brand, showcasing the development and positive aspects under his tenure.

Nowadays, Akhilesh himself is quite active on Facebook and Twitter reacting to various queries. Under the leadership of Akhilesh Yadav, how well “Ummed Ki Cycle” has been paddled would definitely reflect in the election results.