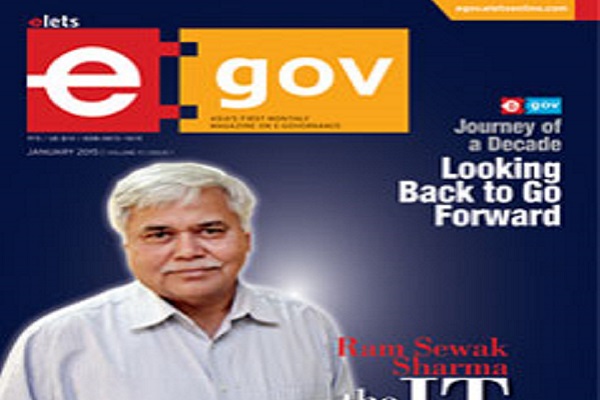 All through his chequered career—as the Chief Secretary of Jharkhand, DG-UIDAI, Secretary-DeitY and now TRAI Chairman, Ram Sewak Sharma has exhibited a never-say-die attitude and has been known as a man who delivers. Under his able guidance, TRAI—India’s telecom regulatory body— is set to touch new highs, writes Gautam Debroy of Elets News Network (ENN)

As we talk of the Digitial India programme, one name that prominently surfaces in our mind is that of India’s Information Technology Secretary, Ram Sewak Sharma, who, barely two months before his retirement, has been appointed the Chairman of the Telecom Regulatory Authority of India (TRAI) for a period of three years. Officials close to Sharma tell us that Prime Minister Narendra Modi took personal interest in appointing him to the coveted post.

A 1978-batch IAS officer of the Jharkhand cadre, Sharma, was a choice for the post primarily because of his familiarity with the telecom and IT sector. He has initiated and successfully implemented some of the innovative projects to fulfil the digital dreams of the country. In fact, it was Sharma, who took the initiatives in implementing the biometric attendance system in government offices.

Along with Nandan Nilekani, Sharma played a key role in implementing the Aadhaar project and designing the roadmap for government’s Digital India programme. He is the man who generated Digital Locker, a locker that could keep someone’s document safe in a digital system. His initiatives and endeavours are no doubt some of the factors that have caught attention of the Modi regime.

Sharma was also the Director-General and Mission Director of the Unique Identification Authority of India, responsible for overall implementation of the ambitious project. Prior to this, Sharma was Chief Secretary to the Jharkhand Government. He has also worked in the Department of Economic Affairs and dealt with bilateral and multilateral development agencies, like the World Bank and Asian Development Bank. He was also in-charge of financing of infrastructure projects in the highways, ports, airports and telecom sectors.

Taking into consideration his association with these departments, one can be assured that the ‘IT Man’ will accomplish his mission in the present organisation as well.

Having said that, there are several ticklish issues in TRAI that Sharma needs to find answers to on priority basis. Be it call drops, spectrum licensing, implementation of BharatNet, providing telecom services in each and every corner of India as well as Net Neutrality, it is expected that this silver-haired, straight-talking bureaucrat will sort them all out.

Along with Nandan Nilekani, Sharma played a key role in implementing the Aadhaar project and designing the roadmap for government’s Digital India programme. He is the man who generated Digital Locker, a locker that could keep someone’s document safe in a digital system

Talking about, for example, the issue of call drops, the consumers have been raising the issue over the past one year or so; they have been complaining about poor voice call quality.

In order to devise a framework to protect the interests of the consumers, TRAI under the leadership of Sharma initiated a consultation process in September 2015. Based on the views of the stakeholders in the consultation process and further analysis, the Authority reached the conclusion that call drops are instances of deficiency in service delivery on the part of the mobile service providers. So, it was considered appropriate to put in place a mechanism for compensating the consumers in the event of dropped calls.

TRAI issued a regulation in October 2015 mandating that every originating service provider providing Cellular Mobile Telephone Service shall, for each call drop within its network, credit the account of the calling consumer by one rupee, subject to a maximum of three rupees every day. This regulation came into effect from 1st January this year and applies to both pre- and post-paid consumers, Sharma told ENN in an exclusive interview recently.