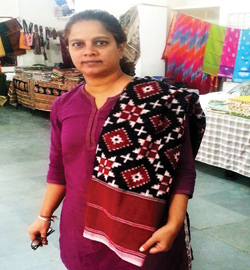 At a time when India is looking beyond poverty and sustainability and is trying hard for an inclusive growth of the country, self-sufficiency becomes crucial for socio-economic development of the people. Now is the time for Social Enterprises in India, where the power of business is used to fulfil the needs of the deprived sections of the people, so as to bring social change in true sense, writes Sudheer Goutham of Elets News Network (ENN)

Social enterprise can be rigorous effective and business-like, but the outcomes are amazing. Their success is measured in terms of how much impact they make on the social side.

All social entrepreneurs have inspiration and vision, and are largely guided by their passion. A social enterprise gets much more significance when it works for those who are most neglected and exploited by the mainstream society.

Vat Vrikshya is one such social business organisation based in Odisha that works in the remote rural areas with marginalised women and Adivasi communities. The organisation has operations in four major tribal districts of Odisha, which are part of India’s ‘starvation corridor’, have highest rates of poverty, malnutrition, illiteracy, infant and mother mortality rates, and school dropout rates. Saraswati Kavula, a social worker and a documentary film-maker, who organises Chenetha Santha expo, exhibits handmade clothes at the expo

“We primarily focus on creating alternative means of earning for tribal communities to ensure that families are able to meet their basic needs. We allocate an initial fund of Rs. 2,000, to which each family adds further sum according to their capacity. The initial capital is low, but because of their skills, beneficiaries – mostly women – are able to generate income which is three to four times higher than that,” says the founder of Vat Vrikshya, a software engineer by profession but chose to work for the tribal communities.

Of the total profit earned by them, 10 per cent of each business goes to Vat Vrikshya fund, which is maintained by 12 representative women from the same tribal communities.

Pratisthita, Vat Vrikshya Co-founder and organiser of community events, says, “The Vat Vrikshya fund again goes for the betterment of the tribal communities, particularly in health and education. Representatives from each village/unit help us analyse the problems they are facing and keep track of the improvements. We maintain a monthly data, including that of improvement in children’s weight (one-month old infants to five-year old), school enrolment and dropout rates, variation in family income, agriculture production, etc. Based on these data, we set a target for the next month.”

Other projects of Vat Vrikshya include counseling about government services for financial inclusion, like opening accounts under the Pradhan Mantri Jan-Dhan Yojana, subsidies and loans, home-based mushroom farming, which does not require much effort but can generate a good income, and vocational training.

Anisha Das, Co-founder and strategist for Vat Vrikshya, says, “India has such a robust and vibrant civil society and it has a very important role to play in fuelling the resilient dynamism agenda of India. One of the things that I get discouraged about is our civil society often complains about problems. Instead of leaving societal needs to the government or business sectors, our people can actually solve the problem by changing the system. With the current economic climate, it is very likely that social needs will increase and, consequently, the number of people committed to addressing them should increase as well.

Social enterprise can be rigorous effective and business-like, but the outcomes are amazing. Their success is measured in terms of how much impact they make on the social side

Even social workers, who want to see social changes by supporting the weavers and farmers and have understood the importance of social enterprise, are prepared to don the new role to sustainable platform for the needy.

Saraswati Kavula, a social worker and a documentary film-maker, supports weavers and farmers by organising open markets—Chenetha Santha expo for weavers—for their products, connecting them directly with customers. After realizing the importance of social enterprise, she wants to create a sustainable platform for weavers and farmers that would continue in long run. Currently, she is working towards creation of a platform which could be self-sustainable.

“The Idea is not to depend on funding…one doesn’t have to be answerable to the funders. I have seen a lot of NGO structures. Presently, through such market platforms, we are creating a direct interface between weavers and customers. Now, we are working on building a proper business firm. We are using a profit margin of 10-15 per cent, not exceeding 20 per cent in any case, which will again go towards the future endeavours of the system,” says she adds.

Explaining the present handloom markets, Saraswati observes that in government exhibitions, there is a lot of mismanagement, where power loom products, which are the replica of handloom material, are sold. “And, the real problem is that the replicated ones are sold at much cheaper prices, due to which consumers are cheated, while at the same the time, real handloom weavers are deprived of their market. Adding to their woes is the fact that in real handloom expos, due to numerous intermediaries, the product becomes expensive and gets out of the reach of customers. If reasonably priced, people can buy genuine handlooms,” she says.

However, Aruna Reddy, Head, Centre for Entrepreneurship, Indian School of Business, observes that now the concept of social enterprise is evolving and the definition has become much broader, unlike in the past when the target people were those who fall in the below poverty line category.

“Currently, a social enterprise can be a trust or a company — private or public limited company. If you look at the trends, most of them are into education, agriculture or basically related to green power technology. Most of them have been successful and quite a few have been for profit ventures. How they measure success is what creates the impact in the sector they are into.”

On asking about the successful models of social enterprise in India, Aruna Reddy says, “There are quite a few, about 20-21 ventures that I personally incubated in ISB, Hyderabad. The top two-three are all social enterprise business models. Here, social enterprise refers to those, which are taking care of energy needs and they are creating a social impact. Apart from getting real good investments, they are making good revenues as well.

All social entrepreneurs have inspiration and vision, and are largely guided by their passion. A social enterprise gets much more significance when it works for those who are most neglected and exploited by the mainstream society “For example, there are route optimisation ventures. In these ventures, routes, especially when people want to go from one place to other, like Hyderabad to Bangalore, there is a lot of dependency on corporate cabs. So, these ventures work on the shortest routes possible. They also take into consideration the data of traffic, fuel consumption and time taken. So, they look at all these data and track, analyse and optimise the use of time consumed as well as the costs involved. Through this new approach, companies, people and the country at large are benefitting.”

Realising the importance of social enterprise structure, even the Central and state governments are promoting these ideas, she observed.

In Andhra Pradesh and Telangana states, the governments have created policies for such social business ideas and are becoming the first clients when they are convinced that these ventures would benefit people and the government.