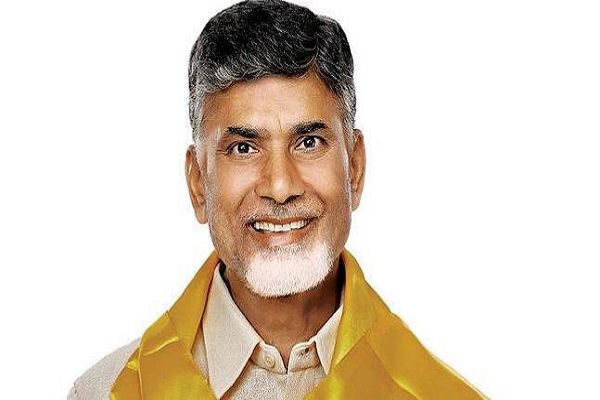 The creator of ‘Cyberabad’ is at work again, now taking upon himself the task to make the newly-created State ‘the best destination for investment in the world by 2050’. The task is daunting, but given his never-say-die spirit, nothing looks impossible, writes Arpit Gupta & Sudheer Goutham of Elets News Network (ENN)

Often referred to as the ‘Sunrise State’, Andhra Pradesh is on the path of becoming one of the top business destinations by 2050, and efforts are on to transform the State into an Information Technology, electronics manufacturing and exports hub. The Government has recently signed 328 MoUs across various sectors with an investment of Rs.467,577 crore having a potential to create 9,58,896 employment opportunities.

Business tycoons, heads of IT and manufacturing companies and prominent people in the industry sector are eyeing the new State, because all resources are available in Andhra Pradesh. It is centrally located and rich in mineral wealth, adequate water, surplus power, best infrastructure and 947-km-long eastern coastline.

In other words, even today Andhra Pradesh is an ideal investment destination, achieving 11 per cent growth rate, which is remarkable for any new state. While all these factors together project Andhra Pradesh as a global investment destination, the State has its own sets of challenges on the ground. The Government is trying to overcome these obstacles with all its might.

I am interested in inclusive growth. We are working to make Andhra Pradesh the best destination for investment in the world by 2050 and will soon emerge as an industrial and innovation hub, too- N Chandrababu Naidu

Andhra Pradesh Chief Minister N Chandrababu Naidu says sky is the limit for the leaders of the market, including those who have come forward to invest in the Sunrise State. “I am interested in inclusive growth. We are working to make Andhra Pradesh the best destination for investment in the world by 2050 and will soon emerge as an industrial and innovation hub, too,” he said recently. The State occupies No. 2 slot in terms of ease of doing business, according to a rating released by the World Bank. “We want to be at No. 1 in the near future,” said the Chief Minister.

The Government wants to make Andhra Pradesh the first State in India in quality and quantity of e-services and aspires to be known as the silicon corridor of India. It intends to develop Visakhapatnam as a mega IT hub with an IT township over a built-up area of five million sq.ft. Vijayawada, Kakinada and Tirupati would also be developed as IT hubs, as per the government’s scheme of things.

In an interview to Elets News Network, Information Technology Minister of State Palle Raghunatha Reddy said: “The Government of Andhra Pradesh strongly believes that technology is the backbone of economy. Therefore, soon after resuming the charge as the Chief Minister, Mr Naidu brought a blueprint for holistic development of the State. The vision of the blueprint is to develop it as a knowledge society of global repute with a focus on enhancing the quality of life of citizens through high-quality education and healthcare, increasing the productivity in agriculture and allied industries, and creating requisite employment by promoting IT and electronics industries in the State.”

Under the visionary leadership of the Chief Minister, Amaravati seems set to surpass the other capital cities. Amaravati, described by the government as the “People’s Capital of Andhra Pradesh”, is envisioned to be a city of world class standards with a vision of increasing State’s prominence in the world. The Capital Region Development Authority is leaving no stone unturned to provide cutting-edge infrastructure, comfortable livelihood and immense prosperity for the people of Amaravati. The Land Pooling scheme adopted by Amaravati is the largest and the most successful of its kind in India, and is a manifestation of the people’s desire for a world-class capital. The ‘e-bricks’ initiative is but a natural step in the direction of people’s participation in building a true People’s Capital.

“We have created history as we laid the foundation for our Amaravati, the People’s Capital on 22 October 2015. We aspire to make Amaravati a true people’s capital, a destination of opportunities and a city of the future. Amaravati beckons us to rededicate ourselves in this mission,” said Chandrababu Naidu.

The holy city of Tirupati is all set to become a great place to live, work and visit with provision of high-quality core infrastructure in an inclusive manner, which is intelligently and efficiently managed by the city agencies to convert Tirupati into a smart city. The core focus of the project will be to make the city more secure and safer for its citizens through technological innovations.

The government is developing Vizag as a major IT hub, which will offer plug-and-play facilities and attractive investment opportunities. Besides software firms, there is lot of attention on developing hardware parks, facilities for setting up BPOs and R&D facilities. The city will also become a hub for the film industry, and its proximity to Orissa and West Bengal will attract filmmakers from those states, too. There are several scenic locations along the Vizag coast, including Aaraku Valley. The city has an international airport and a seaport an added advantage.