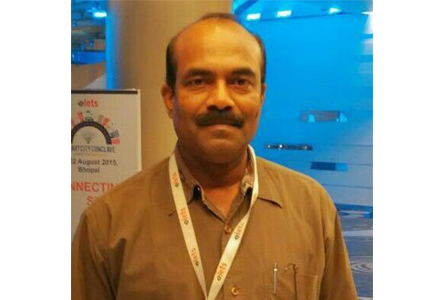 Delhi air is bad, in fact too bad. It has left thousands of people gasping for want of clean air, leaving them struggling to breathe, fighting unending wheezing and a regular cough problem. And, the worst victims are kids, who are prone to falling prey to such ailments much easier than elders. So, no wonder that a World Health Organisation report earlier this year declared Delhi as the most polluted city in the world.

In this backdrop, any attempt to improve the air quality of the national capital should be welcomed and supported by one and all. In this context, Kejriwal Government’s plan to enforce restrictions on vehicles based on even-odd number plates is a move in the right direction, as it has the potential to reduce the number of private vehicles on the road by almost 40 per cent (and not 50 per cent, as there are people with more than one vehicle with even-odd registration numbers).

However, the plan looks too ambitious to see a successful implementation. The move smacks of being a populist one and lacking in vision on the ways to implement it, almost on the lines of much-touted Bus Rapid Transit System (BRTS) corridor. Having pumping in an estimated Rs 190 crore public money, the Delhi BRTS project had to be dumped most unceremoniously by the then Chief Minister Sheila Dixit-led Congress Government, which was also its creator, incidentally.

It was lack of supporting infrastructure that claimed the BRTS project, unlike Delhi Metro, which ensured that it has the last-mile connectivity and proper parking facility for those travelling up to the Metro stations from their homes. In case of Delhi BRTS, no thought went into crucial aspects like the last-mile connectivity, adequate road space for non-BRTS vehicles, cycling track or proper footpath for the pedestrians. So, it was almost destined to meet the fate it did.

Not much different is the case with CM Arvind Kejriwal’s even-odd number plate vehicles plan to curb use of private vehicles to curtail air pollution. Before embarking on this ambitious plan, the Government needs to ensure that there are adequate alternative modes of transport in place. Will the already jam-packed coaches of the Delhi Metro be able to take the extra load? Is the present network of Delhi Metro good enough to provide connectivity to all the business hubs as well as suburbs? Can one depend on the DTC bus service for reaching one’s place of work on time every day? Does DTC have the required number of buses to accommodate those dumping their vehicles for these buses? Do we have good last-mile connectivity from the bus stops or the Metro stations? Can people trust the efficiency of public transport as it stands today? And, to top it all, how does the Delhi Government propose to put a check on the use of two vehicles on two different days?

Such queries and doubts in public mind are simply more than many, with the Government trying to duck most of them.

I feel it would have been a better strategy to create the supporting transport infrastructure first and then go for such measures. The plan proposed by the Delhi Chief Minister looks an ill-advised one and the one born out of a knee-jerk reaction to the alarming pollution problem of the capital. If it is implemented in the present format, when there is not clarity even about who all will have to dump their vehicles and who all will continue to enjoy the privilege of moving in private cars, the fate of plan seems sealed right from the start.

(Disclaimer: The views expressed above are writer’s personal views, and the organisation he is associated with does not necessarily subscribe to his ideas.)