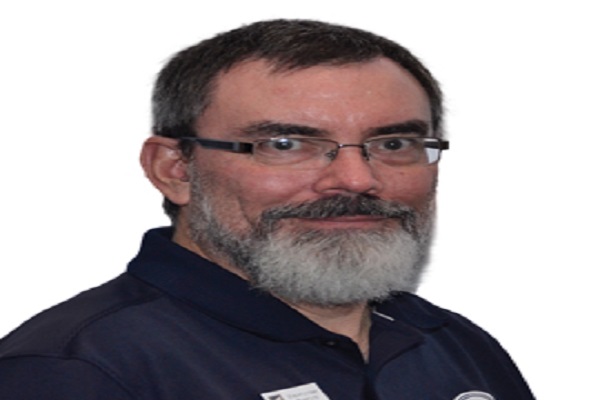 How can Cloud technology be exploited to improve and strengthen citizen-centric services?

The idea of Cloud is about separating data from some physical place so that there is no longer a need to be at a physical place and we can think of data as existing only at one place. We have the opportunity to change the way people interact in their everyday life by bringing something closer to them and that’s why the idea of Cloud really becomes powerful.

No matter where a person goes, he/she still has an access to his/her data. at’s the start of actually making governments responsible and empowering citizens, along with providing them the services they want. In order to be effective, they must be able to use citizen services via their mobile phones.

Any service involving paper work takes a number of days since people have to “ ll multiple forms to get their work done. However, by applying the Cloud technology—particularly API technology, people don’t need to go here or there as they can do it right from their home at the click of a mouse. Indeed, we can make citizens’ lives better by using API technology. For instance, if a community is empowered to resolve its problems related to solid municipal waste and cleanliness, then it is possible because of the latest technology. So, the governments have immense opportunities to enhance the standard of citizens’ lives by using Cloud.

Can you share about some of your Cloud technology based deployments that API Academy of CA Technologies has implemented in India?

The API Management is the interface that actually connects different government and private entities, banks and hospitals with each other. We have tools like API Gateway and API Portal tools which make it possible to establish a connection between multiple parties, like a connection between a person’s phone and the hospital, police, service and government agencies, among others.

One of the huge advantages is that it is possible to publish APIs so that citizens can create their own applications. This is a kind of next-level technological empowerment not only of services to services, but also citizens to services and citizens to citizens, and these two tools— API Gateway and API Portal make that possible. Further, there is a lot of collaboration on the infrastructure level. We have collaborated with a lot of state governments and a number of government projects are also being executed by us.

What opportunities do you see in the Digital India initiative of the Government of India?

There are numerous opportunities and challenges in the Digital India programme of the Government of India. However, India is very uniquely positioned in a lot of ways, especially in the government’s side. The challenge in the government is going to be not just making phones available to the people, but also getting the services to cooperate with each other. But the challenge is, not everyone might agree. A system needs to be designed where even if people disagree, they can still work together in tandem.

The challenge lying ahead is to think of designing a system which envisages making Internet connections available to each and every person. The population is de“finitely a challenge but the real challenge is the service agencies. A lot of agencies have learned to work with paper but now it is time to transform and make all the services online and smart phone-compatible. The is transformation is actually being demanded by tech-savvy people. It was surprising to see that people in Bangalore, Mumbai and Delhi kept discussing about Make in India and Digital India threadbare. Hence, it is indeed very encouraging to see how the citizens have become more aware about government policies in India.

Compared to global standards, where does India stand in terms of Cloud technology?

Nowadays, India is very much ahead in commitment to bring technological transformation in almost every department.The awareness among the masses seems to be very strong. However, the country needs to make more efforts to become a place like Singapore, which has seen an unprecedented growth in the recent past.

Any service involving paper work takes a number of days since people have to fill multiple forms to get their work done. However, by applying the Cloud technology—particularly API technology, people don’t need to run here and there as they can do it right from their home at the click of a mouse

In terms of Cloud technology, what is the scope of public- private- partnership?

The possibilities for private entities are immensely huge. Banks are incredibly interested in maintaining standards and entering into partnerships. They are interested in working together and matching up with the government’s regulations for their own business because there are huge opportunities for everyone.