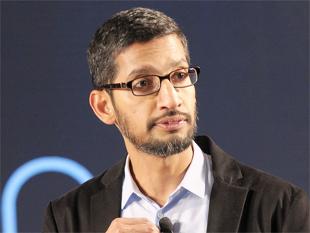 “Congratulations Sundar Pichai. My best wishes for the new role at Google,” the Prime Minister said.

Pichai, who was born in Chennai, earned the Bachelors of Technology (BTech) degree from IIT- Kharagpur, and further went in for an MS from Stanford University. He also holds an MBA degree from University of Pennsylvania.