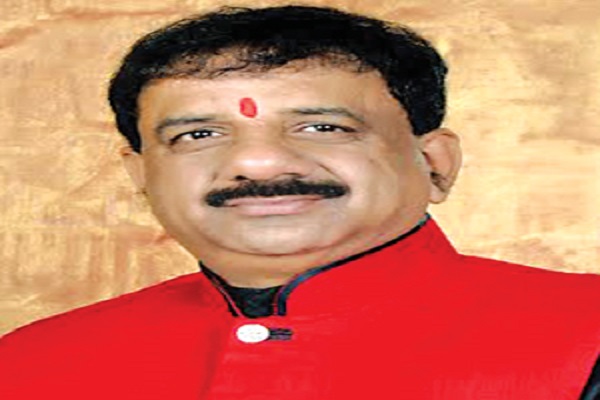 At a time when Bhopal is being seen as one of the finest cities of the country, Mayor of Bhopal Municipal Corporation (BMC) Alok Sharma is busy chalking out a strategy to get the city listed in the first 20 proposed Smart Cities. The Mayor and his team are contemplating to ensure toilet and water pipeline connections for each household in Bhopal.

Notwithstanding the fact that Bhopal is country’s one of the best cities in terms of infrastructure growth, one of the top priorities of BMC is to make the city a more clean, green and developed city. The State Government is thankful to the Union Government for choosing Bhopal—which is already recognised as a liveable city—for the proposed Smart Cities project.

The civic body, through its elected members, has decided to take opinions of local residents, such as senior citizens, NGOs, bar councils and chambers of commerce, among others, on the Smart City project to make Bhopal a real Smart City. The decision to consult residents has been taken, as they know Bhopal better than anybody else. The suggestions/ objections of the people on the guidelines for making Bhopal smart is of utmost importance and would be kept in mind while creating world-class infrastructure in the city. Public participation is the need of the hour. For instance, if residents of a certain ward generate 50 per cent fund for any project, BMC would pump in another 50 per cent to complete the project meant for public convenience.

At a time when the people are talking about creating smart cities, providing basic amenities to the citizens from the lowest strata should be kept in mind and that is what BMC is looking for. It is mulling to provide toilet and water connections to each household to make people’s lives better. Toilets would soon be built to completely stop the practice of open defecation. The Corporation’s prime focus is to make it to the list of first 20 Smart Cities, so as to give a thrust to Bhopal’s development process. BMC has a dedicated cell for Smart City to look after every issue related to Prime Minister Narendra Modi’s ambitious project.

The BMC authorities have also identified a few areas where Wi-Fi connectivity would be provided to Bhopalites, in line with promises made in the poll manifesto of the party in power – BJP. BMC has made a provision in the current budget of transforming certain clusters of Bhopal into Wi-Fi-enabled zones to provide internet connectivity to the residents. The other projects on which the Corporation is working include smart parking system, like tower parking, smart card, GIS survey, potable water ATMs and non-motorised transportation.

The Corporation is also encouraging people to use non-motorised transport, i.e. cycles, to keep the city clean and help in reducing the pollution. BMC is also developing cycle tracks for the riders. It is strengthening Bus Rapid Transit System (BRTS) corridors, so that people start using public transport efficiently. Many key colonies are being linked with BRTS and service lanes are being developed to strengthen public transportation mode. BMC is trying to ensure that more and more people start commuting in city buses to reach their destinations. For this, more parking lots would be built across the city, so that people can park their vehicles at the nearest BRTS station or Metro station and catch buses/ Metro trains.

When it comes to materialising the Smart Cities project, we at BMC want to focus on the redevelopment and re-densification model of Bhopal. We want to choose an old area, which needs redevelopment and renovation to incorporate technology that makes it ‘smart’. Under this, the government wants to build at least 50,000 affordable houses for urban poor, so that people do not have to sleep on footpaths. There is a proposal to give lower floors of the housing projects to senior citizens, keeping in mind their comfort. The government is also promoting real estate developers to build sky scrapers.

Considering the difficulties faced by women in using unhygienic toilets, BMC is developing four ‘She Lounges’, which would be equipped with all basic amenities, like hygienic toilets, Wi-Fi connectivity, ATMs, bio-incinerator to treat sanitary napkins, sofa and a novelty shop to cater to their needs. The service would be free of cost.

The Bhopal Municipal Corporation is encouraging people to use non-motorised transport, i.e. cycles, to keep the city clean and help in reducing pollution. BMC is developing cycle tracks for the riders

There is also a proposal of installing automatic timers and retrofitting energyefficient LED lights in the streets to save electricity. People face troubles whenever any organisation digs up the road to lay cables, water pipeline or sewerage. In order to fix this problem, BMC is coming up with utility duct policy to prevent such practices.

We also want to set up bio-methanation plants to generate methane gas from solid trash and restaurant wastes to reduce carbon footprints. Notably, Bhopal generates around 700 metric tonnes of solid waste on any given day.

If everything goes as planned, BMC would like to make a small stretch of the city a beautified and well developed cluster under the PPP mode on the lines of Gujarat’s Surat city. Facilities like, door-to-door garbage collection service, night sweeping and development of service lanes would be ensured. That apart, a mega food court would also be developed in Bhopal, as it lacks the one. Many big cities do have food courts where people can go and rejoice every kind of food at nominal prices.