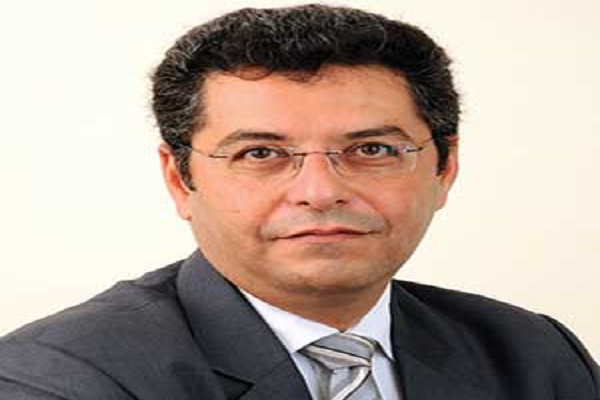 Even as IT enables the banking industry to come up with more and more innovative products and services, the advent of payment banks has given an altogether new twist to the traditional banking story, says Aspy Engineer, Senior President and Country Head, Yes Bank in an interaction with Poulami Chakraborty of Elets News Network (ENN).

The Prime Minister has launched a massive financial inclusion programme called PMJDY. How do you view the initiative?

The Pradhan Mantri Jan-Dhan Yojana(PMJDY) is a very good initiative to ensure bank accounts for every household and would go a long way towards financial inclusion of all strata of the society. This initiative needs to be supported with the strategy to promote use of cards and creation of infrastructure such as ATMs and Micro ATMs at as many touch points as possible. The initiative will prove to be effective only if the customer starts using his/her RuPay card for all banking transactions.

The National Payments Corporation of India (NPCI) has supported this initiative by providing an insurance cover of Rs 1 lakh on the card. This is a great incentive and needs to be promoted well among the users. Today,in the upcountry locations, people still fear to use card and prefer cash over card. Hence, it’s important that issuance of cards goes hand in hand with its activation and usage. Equally important would be education of the end-user son the safe and secure use of the cards to ensure a good banking experience for them.

IT has played a very strong role in the evolution of every sector of operation across the industry.How has it been effective in bringing about a change in the banking sector?

Innovations and different operating models in IT have enabled the banking industry to be more active in the innovation and introduction of new services/products. However, IT still has to play a major role in ensuring security and ease of transaction and that processing issues are addressed for the customers so that they use IT-driven products more often.

While implementing IT in its operational ecosystem, what challenges has Yes Bank faced?Anything specific to Tier II and Tier III cities?

No issues faced, to date. Yes Bank has the best in class IT infrastructure combined with experienced IT professionals running the same.This enables the bank to provide a superior and seamless service to its customers.

JAM (Jan-Dhan, Aadhaar &Mobile) module would soon be introduced across the country.What are the benefits customer scan avail from this new scheme of things?

According to the last economic survey,even though there are subsidies for a variety of products like rice, wheat, pulses, sugar,kerosene, LPG, naphtha, water, electricity,diesel, fertiliser, etc, the beneficiaries are often unable to get the benefits in a timely and cost-effective manner. The best way to reduce leakage in the PDS system is by increasing the Direct Benefits Transfer (DBT) scheme, which can be utilised better if bank accounts, Aadhaar and mobile are linked more efficiently. India has over 900 million cell phone users and close to 600 million unique users (people with just one SIM). In such a scenario, mobile money can help deliver the direct benefit transfer to the poor. The JAM module will help in reducing the leakage in the subsidy transfers big time as well as increase efficiencies in the systematic distribution of various governmental benefits to the end-beneficiaries.

How can physical and digital safety and security be ensured in banks?

There can be several measures to ensure security in banks, like heightened backend security to protect the customer data, second factor authorisation for transactions, multiple level of maker-checker system, etc., are some of the various measures that banks have put in place for the safety of its systems and customers transactions .

This (PMJDY) initiative needs to be supported with the strategy to promote use of cards and creation of infrastructure such as ATMs and Micro ATMs at as many touch points as possible. It will be effective only if the customer starts using his card

Simultaneously, the banks, regulator and industry bodies such as NPCI should also run various customer awareness campaigns for ensuring proper and safe use of cards. It must be noted here that the best security systems are only as good as the weakest link. Hence,customers’ knowledge of the do’s and don’ts while transacting is critical.

ATM density in Tier II and III cities is one serious issue that needs careful consideration. How can this problem be addressed?

Here are a few solutions for the problem:

How do you envision the growth of banking sector in the coming years?

The advent of payment banks has given a new twist to the entire traditional Banking story.These new banks would not only have to do different things, but will have to do things differently to be a relevant market player going forward. There would be lots of competition with respect to the digital initiatives and products among the current and future banks. The prime focus would be on low-cost of transactions with wider reach. Going forward, the battle in the sector would be for gaining a major share of the customers’ transactions, which they would be carrying out on a daily/ monthly/ yearly basis.

How far away is the economy from becoming fully cashless economy?

India is still some years behind adoption of cashless transactions. The country has always been a cash-rich economy; therefore,eliminating cash and replacing with cashless transactions would be really difficult. Mobile payments and internet payments are used more in metro cities and the technology still has not been tested at the lower segments of the customers. Customers need to develop the trust factor on cashless payments technology before adopting cash less society.