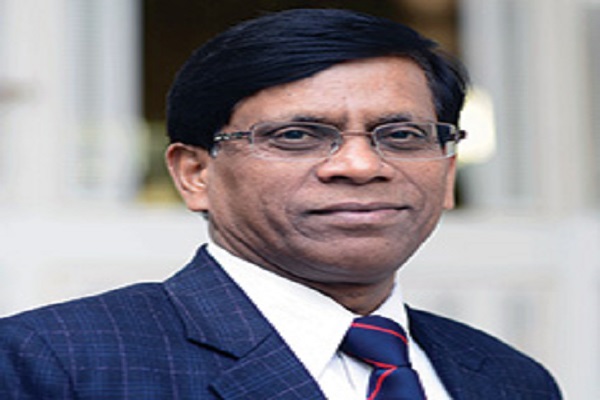 Goa Legislative Assembly’s move to go paperless up to 95 per cent came even before announcement of the ‘Digital India’ campaign. The move, apart from being a ‘green’ initiative also aims to make governance transparent. R K Srivastava, Additional Chief Secretary in the Government of Goa, holding the charge of Principal Secretary – IT, Tourism and various other departments, talks about adoption of IT in various fields in Goa with Nabin Sinha of Elets News Network (ENN)

What are the high points of IT development in Goa?

Goa has the distinction of being a State, which has achieved 100 per cent IT-enabled services. The village Panchayats in the State are equipped with broadband facility and we have two-way communication with the members of the Gram Sabha and other local bodies. Goa is also the first State to start IT and IT-enabled services in the country.

Hon’ble Chief Minister Manohar Parrikar has taken special interest in developing IT infrastructure, so as to have video-conferencing and other facilities at all levels. Digitisation and IT-enabled services are on the highest priority, along with the announcement of the Prime Minister Narendra Modi’s ‘Digital India’ campaign.

What are the priority areas for IT services in Goa?

More than 74 public utility services are already on IT and e-governance mode, helping sectors such as tourism the most. One can not only book hotels, motels and transport, but can also obtain a detailed itinerary of tourism facilities. Facilities such as booking sea-based services are also available online. This helps get assured services to tourists and employment to the local people of Goa. The recent arrangement of geo-information on large service providers has immensely helped the visitors to the State.

The pace and quality of IT services has been hailed by several national and international forums like NASSCOM and others.

What benefits have you been able to ensure for the people of the State using the IT tools?

People at large have benefitted a lot. For instance, in Public Distribution System (PDS) alone, pilferages and other problems have been eliminated to a great extent. The land records, transport facilities and other public utility services have also been made available in an easy manner.

There are several citizen- and business-centric services available to the people, and e-Governance is a priority in the State. The government–citizen interface with the objective of ensuring good governance is one of the top focal areas for the government. All services and information would be readily available on one’s fingertips.

The Chief Minister keeps himself updated on every issue and takes personal interest to resolve people’s problems.

What is the future roadmap for the growth of IT sector in the State?

Chief Minister Parrikar has taken a lead from the announcement of Prime Minister Narendra Modi’s ‘Digital India’ mission. The State Government plans to go for Generation II to III for digitisation of all its records and government files. It is aimed at facilitating more investment in the IT sector and creating jobs for the youth of Goa. The State has a vast potential for IT-enabled services and attracting investment. The State Government is poised to facilitate investment in IT and other related sectors.

More than 74 public utility services are already on IT and e-governance mode, helping sectors such as tourism the most. One can not only book hotels, motels and transport, but can also obtain a detailed itinerary of tourism facilities

How does the government plan to bring investments in the IT sector?

The government has already announced a slew of initiatives for attracting investment in the sector. Some of the good companies are already there in the State and many more companies are interested in setting up their units. Some of them are expected to put up their development units, which would help bring in revenue and generate employment for the youths in the State. Telecom companies have already put in their investment and services in the State. The Chief Minister has specially chalked out a plan to bring investment in the IT sector.