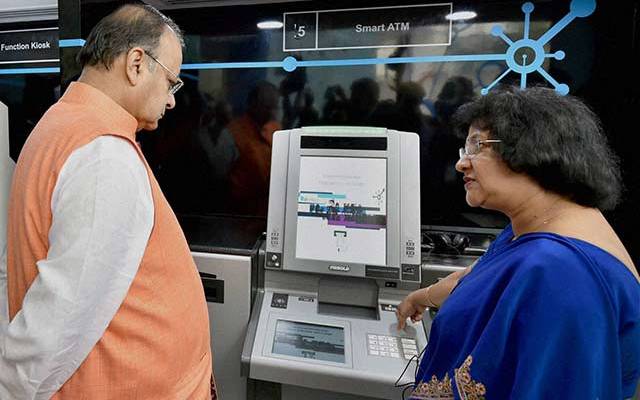 To shed off the general perception of lagging behind its closest business rivals in the private sector, ICICI and HDFC banks, in terms to usage of information technology, the State Bank of India, country’s largest bank, has extensive plans for future.

More than two-century old bank with tremendous legacy has been facing stiff competition in the field of technology implementation from comparatively new banks like ICICI and HDFC, which started their operations barely 20 years back. However, SBI is apparently determined now to take the competition head-on and move ahead of the rivals.

According to Arundhati Bhattacharya, SBI Chairman, the PSU bank was the first one in India to start a digital branch and it is looking at offering all the bank products. She also sounded confident of moving swiftly along with others in the Indian banking sector. SBI is a pioneer in the field of digital and mobile banking in India, she added.

N Jambunathan, Deputy Managing Director and Chief Information Officer at the State Bank of India said that motivation to better concentrate towards new-age banking technology is the SBI’s technology vision. SBI will be offering its services in every available banking technology in the market in order to serve customers better. He further added that technology investments in this way allow banks to lessen operating risks, improve its accounting and regulatory compliance.

SBI has moved its 20,200 branches to a network which lessens delays in accessing and storing information in its data centres and at the same time increases its bandwidth. Its technical expenditure accounts for around Rs 1,800 crore a year and with addition of IT expenses of its subsidiaries the amount raises to the level of Rs 3,000 crore. Airtel spends about Rs 1,700 crore, ONGC about Rs 1,770 crore on its IT activities.