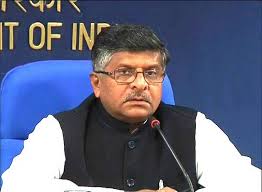 The government has finally decided in favour of inviting private players to  speed up the set of activities at National Optical Fibre Network (NOFN)  project that is incurring over cost up to 75 percent due to delays.

An senior official in the telecom department said the cost of the project  has swollen to Rs 35,000 crore from the estimated Rs 20,000  crore, when the project was approved by the Cabinet in October 2011.

The official further added, “We will float tenders to invite private players  for laying down optical fibres in the second phase of NOFN. The bids will  be called by the end of March. It will involve trenching, ducting and laying (of cables).”

The second phase of the NOFN project is comprised of broadband connectivity primarily in states of north India as Uttar Pradesh, Bihar, Punjab, Haryana and Uttarakhand covering approximately 100,000 gram panchayats. Overall target of the project is to provide connectivity to all the 250,000 gram panchayats across India by December 2016. The first phase of the project, however, is in progress, in which 50,000 gram panchayats will be connected to broad band by the end of this year. The first phase is under process in the states of Kerala, Karnataka, Andhra Pradesh, Chhattisgarh, Jharkhand, Madhya Pradesh, Odisha, the North East and Maharashtra. Once completed, NOFN will provide 100 Mbps (megabit per second) bandwidth to offer broadband services.

On January 12, the minister for communications and IT, Ravi Shankar Prasad inaugurated the beginning of the project in the Idukki district of Kerala. Bharat Broadband Network Ltd, a special purpose vehicle formulated by the government, is an administrative body for carrying out operations of NOFN under the ministry of IT and communications.

BBNL was founded as a PSU in February 2012 and getting the project executed through three PSUs — BSNL, RailTel and PGCIL. No private player has been so far roped in for laying down optic fibre project. NOFN is funded by the Universal Service Obligation Fund (USOF) with contributions from various private telecom operators.