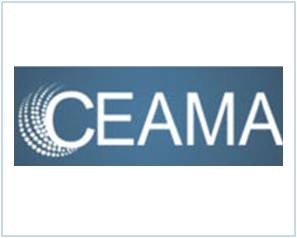 Emphasising on the growth and development of electronic hardware industry in the country in line with the Prime Minister Narendra Modi’s ambitious ‘Make in India’ vision, Consumer Electronics and Appliances Manufacturers Association (CEAMA) concluded their 35th Annual Function.

As the domestic consumer electronics industry in India is already poised to soon become the fifth largest consumer durables market in the world, key industry leaders and CEAMA members discussed priority areas and ways to resolve issues through a collaborative approach. The association effectively promotes the growth of manufacturing by bringing the manufacturers at a common platform to discuss the way forward in the sector of CE & HA.

Supporting Prime Minister’s vision of ‘Make in India’ which aims at making India a manufacturing hub, Anirudh Dhoot, President CEAMA & Director, Videocon Group said, “CEAMA has made efforts to promote the growth and development of electronic hardware industry in the country, which is expected to grow by 40 percent in the next 2-3 years. This growth is attributed to the tremendous work done by the industry with support of various initiatives taken by the Government.”

Highlighting the government’s initiatives to support growth and development of the consumer electronics sector, R. S Sharma, IAS, Secretary, DeitY said that one of main objectives of the National Policy on Electronics (NPE) is achieve a turnover of about USD 400 Billion by 2020, involving investment of about USD 100 Billion and employment to around 28 million by 2020. “We see tremendous growth for the sector as well as the country with ‘Make in India’ campaign launched by the Prime Minister Narendra Modi.”

“Government has notified Electronic Policy to incentivise Electronic Hardware manufacturing in the country. Consumer electronic products produced indigenously will provide value a boost to the industry as well as the economy. Such advancements will also bring an impetus various other areas also like education, medicine and banking,” added R.N Dhoot, Hon’ble Member of Parliament.