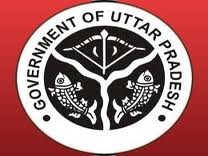 According to a press release from the department, “UIDAI crossed the five crore mark in Uttar Pradesh this week in its second phase, which was started for residents of the state through various non-state registrars (like Banks, Department of Post) and their enrollment agencies in March 2014.”

According to the statement by the UIDAI it has been enrolling at present more than two-and-a-half lakh residents per day through over 5,000 enrollment kits deployed by 55 agencies in 69 districts of Uttar Pradesh.

Adequate measures are being taken by the authority to deploy more enrollment kits to meet the targets of maximum enrollments at the earliest.

The authority is also generating widespread awareness to motivate the residents to approach their nearest enrollment centre to take up Aadhaar enrollment which is available free of cost.

With a strong database of 68 crore residents, the Aadhaar identity platform has been serving users ranging from MNREGA workers, PDS, remittance and scholarship beneficiaries, etc.

All these beneficiaries are using their Aadhaar number to avail benefits through authentication. Aadhaar authentication is a novel and a state-of-the-art method to enable Aadhaar holders establish their identity in a full digital manner.

The new NDA government has also recently approved Phase V of the Aadhaar project which include enrollment by UIDAI in these four states.

There are around 40 crore people in these four states, which were earlier covered under the National Population Register (NPR) project of the Home Ministry.

In the backdrop of slow progress by NPR in these states, the government is pushing for the Aadhaar enrolments in these four states and other parts of the country.

UIDAI was established in 2009 to generate and assign unique identity numbers for residents of India.