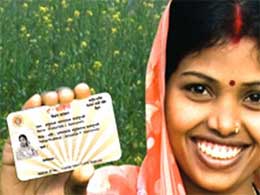 With a view to bringing about more transparency through ICT in subsidised foodgrains distribution, the Government of Bihar is planning to reach grains to beneficiaries through PDS outlets on the basis of e-shakti smart cards.

Rajak, who presided over a review meeting of food and public distribution department, expressed the state government’s commitment to use IT in subsidised foodgrain distribution for complete transparency, an official statement said in Patna.

Under this, PDS outlet owners are informed about release of grains from the store through SMS. The movement of grains is followed on GPS systems installed on vehicles carrying the grains.

The minister took stock of progress in allotting ration cards to all beneficiaries in urban areas of Patna and was told by officials that it would be completed by June 27.

Rajak directed the Principal Secretary to ensure lifting of foodgrain under PDS and its distribution within a fixed time period.