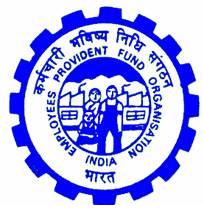 The Employees’ Provident Fund Organisation(EPFO) has launched Online Transfer Claim Portal(OTCP) to take care of 13 lakhs transfer claims, normally received during the year. Two other softwares are also have been launched- one which allows change of name of an employee and another which allows calculation of interest as well as of penal damages to be recovered from defaulting employers. The launching of these software will help in reducing the grievances as well as help in recovery of thousands of crores pending for years.

Number of complaints in Central Public Grievances Redressal System(CPGRAM) has come down to less than 100 no. of grievances in Employees Provident Fund internet Grievance System(EPFiGMS) which has been activated lately have also got reduced from more than 25,000 to less than 5,500. expressed his happiness over the fact that 108 offices out of 123 offices of EPFO do not have a single complaint pending for more than 30 days.