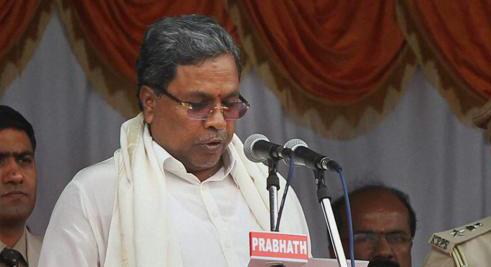 Share
Tweet
Share
Share
Email
Share
Comments
The CM of Karnataka, Siddaramaiah is keen on linking  the newly launched  Rs 1 per kg rice scheme to Aadhar system. This will enhance fair distribution among the citizens and also simplify the process.
He has also directed the officials to carry out the enrollment process in full swing  and major emphasis have been laid upon the marginalised classes of the society.
This statement came out after Nilekani called the Siddaramaiah at his office. According to the data provided by UIDAI already 34 crore cards have been distributed against the 40 crore enrollment and in Karnataka 2.2 crore cards have already been distributed. This card can also be used to obtain ration cards.
The CM has also directed to officials to work towards fulfilling this goal and for this reason the top level officials were found working on Sunday. The officials also held review meetings for their respective departments.
To  address the drinking water crisis in the state, Siddaramaiah has called for meetings of DCs and CEOs on Monday. The chief minister is  expected to hold a video conference with other district officials to know the situation.