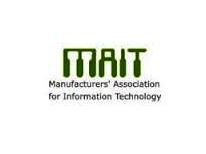 The budget failed to address Inverted Tax structure and to protect the interest of local IT manufacturing in the country, MAIT feels

The budget failed to address Inverted Tax structure and to protect the interest of local IT manufacturing in the country, MAIT feels New Delhi: Manufacturers’ Association for Information Technology (MAIT), the apex body actively representing ICT Manufacturing, Training, IT, Design, R&D and associated services sector has expressed its disappointment with the Union Budget 2013, saying that it has failed to protect the interest of local IT manufacturing in the country.

Commenting on the Budget 2013, MAIT President J V Ramamurthy said, “Though the Government has announced the National Manufacturing Policy that aims to increase the share of manufacturing in GDP to 25% within a decade, the budget has failed to reverse the inverted tax structure which has been impacting the industry for years now, making India a predominantly import dependent country.”

Reacting on the Budget MAIT Vice-President Amar Babu said, “The key positive aspect was that the Government has aimed to enhance the ESDM industry by providing appropriate incentives for semiconductor industry, including zero customs duty on plants and machineries for setting up wafer fabs units in India, but it does fail to correct the inverted tax structure anomaly.”

Further elaborating MAIT Executive Director Anwar Shirpurwala said “the prevalent rates of Countervailing Duty (CVD) and Special Additional Duty (SAD) on inputs for IT equipment result in an increase in the costs of a finished product manufactured in India. Thus the industry will continue to be dependent on imports. In India it is good to be a trader than manufacturer.”