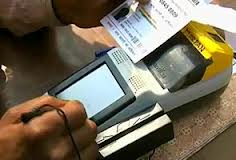 Currently being implemented in 51 districts, the scheme will be extended to all the districts across the country by this year end

New Delhi: The direct cash transfer scheme, currently being implemented in 51 districts will be extended to all the districts across the country by this year end,Union Finance Minister P Chidambaram said.

The Union Finance Minister at a function in Chennai said,

in the Union Budget 2011, the government announced a direct transfer of subsidies to BPL households which is a drastic departure from the existing indirect or price subsidy system wherein subsidies are routed through manufacturers who are required to sell goods below the market rate.