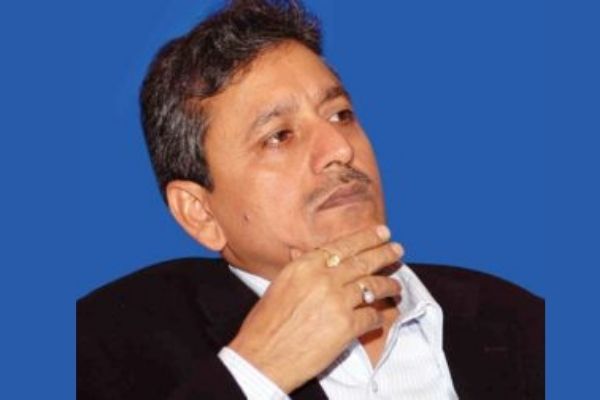 Dr Omkar Rai, Director General, Software Technology Parks of India (STPI), sheds light on the strategies that are being used to promote software sector in India

It was in the 70’s that computer as a productivity tool started proliferating in the Indian industrial scene. But it was only by mid 80’s that the forecasters, analysts and Indian government policy planners began to understand the potential of Indian talent in computer software development.

This realisation led to the formulation of the computer software policy in 1986. The economists began to analyse the potential of the Indian software industry. It soon became obvious that the software sector was destined to be one of the fastest  growing sectors of the economy and provide high quality employment for young people. It would earn significant revenue from exports and would be a highly desirable industry, as it required skilled manpower, few raw materials and was not in any way damaging to the environment

Initially there were many problems for the IT entrepreneur in our country. The policies for software export were stringent and  omplicated. Lack of infrastructure was impeding the development of IT industry and consequently the true potential was not being realised fully and our share of the world IT/ITeS market remained rather insignificant. Keeping in view the above factors, the then Department of Electronics, Government of India, conceived of the Software Technology Park (STP) scheme to give boost to software industry in general and software exports in particular.

Software Technology Parks of India (STPI) was established and registered as a society under Societies Registration Act 1860, under the then Department of Electronics, Government of India, on June 5, 1991. Initially, Software Technology Parks were established at Hyderabad, Noida, Gandhinagar and Thiruvananthapuram. For achieving a balanced growth of the IT Sector, STPI with 53 centres has now reach to every part of the country. Out of total these centres, 46 centres fall in the tier-II and tier-III cities. By developing an ecosystem congenial for IT start-ups in these areas, STPI has helped the overall development of these regions.

Wherever an STPI centre comes up, it brings an up gradation of the local infrastructure facilities, government support, social and living environment, along with substantial employment opportunities. STPI, through administration of STP or the Electronic Hardware Technology Park (EHTP) scheme and provisioning of High Speed Data Communication to the software exporters, has played a seminal role in the phenomenal growth of IT & ITeS sector in India. Apart from the statutory, promotional and datacom services, STPI has been providing incubation facilities to SMEs and start-up units. STPI has also helped in the proliferation of private IT
parks across the country which in turn has contributed to the growth of the IT industry.

“Apart from the statutory, promotional and datacom services, STPI has been providing incubation facilities to SMEs and start-up units. STPI has also helped in the proliferation of private IT parks across the country which in turn has contributed to the growth of the IT industry”

The software exports have had an exponential growth in the last decade and are expected to grow at a steady rate in the coming years also. The IT industry has contributed substantially to the country’s GDP and foreign exchange reserves. Direct employment in IT & ITES has shown a rising trend even during the recession period, as favourable government policies have lead to a multiplier effect.

The exports made by STP units have grown manifold over the years. The exports made by the STPI registered units has increased from
`2,15,264 crore in 2010-11 to `2,26,712 crore in 2011-12 with a growth rate of 5.36 percent. In 2011-12, IT software and services added about 2,30,000 jobs, taking the direct employment number to 2.77 million, a year-on-year growth of over 9 percent whereas the indirect employment attributed to the sector is nearly 8.9 million. While IT services exports is the largest employer with 47 percent of the total direct employment.

In this regard, Government of India, Ministry of Communications and IT has come up with triad of policies for IT, Electronics and Telecom which envisage accelerating the pace of the growth in these sectors. A very strong emphasis has been laid for creating an entrepreneurial system across the country and for dispersal of IT industry from Metros to such cities.

As we are aware, the Income Tax benefit available under section 10A of the Income Tax Act for the STP units, has expired on March 31, 2011. The IT/ITeS sector has already been facing multiple challenges, ranging from macro to micro and with the withdrawal of such tax holiday, IT/ITeS Sector have to pay higher taxes and surcharge, which may adversely impact their growth. In order to mitigate the impact of withdrawal of the fiscal benefit of Income Tax exemption (10A) and to support IT/ITeS industry in effectively meeting the above challenges, DeitY, in consultation with STPI, is formulating a new set of incentives schemes for the sector.