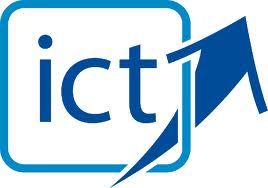 A panel report said if the government implemented various infrastructure projects across the State, the state will emerge a leader in ICT sector

A panel report said if the government implemented various infrastructure projects across the State, the state will emerge a leader in ICT sector Bangalore: Karnataka could become the world’s largest technology cluster in the next five years if the government implemented various infrastructure projects across the State, including Bangalore, a report said.

The Karnataka Information and Communication Technology (ICT) Group headed by TV Mohandas Pai in its report submitted to Chief Minister Jagadish Shettar said, infrastructure projects in Bangalore and other emerging cities, namely, Mangalore, Mysore and Hubli-Dharwad should be implemented to ensure the State’s leadership status in the ICT sector.

The government had constituted the group in June last to suggest ways for Karnataka to continue to be ahead of other States in the ICT sector. The government wanted ICT exports to touch Rs. 4 lakh crore from the present Rs. 1.35 lakh crore; increasing employment in ICT to 20 lakh from the present 8 lakh and create 1,000 entrepreneur-driven companies by 2020.

The group said infrastructure development in Karnataka and Bangalore should be addressed as 35 per cent of the country’s ICT export revenue is generated from the State. The government should also clear all the pending IT projects within 90 days, the report said.

Mr. Pai said the government should develop satellite smart cities around Bangalore, which may come up at Hoskote, Devanahalli, Bidadi and Electronics City on public-private partnership.

The government should also extend the Bangalore Capital Region. Similar satellite cities should be developed around other emerging cities, the report added.

He said the government should ensure all engineering students in the State get laptops to enhance their learning capabilities.

The government should create a fully-wired State by providing free Wi-Fi in Bangalore and establishing the Karnataka School and College Networks.

Quality of secondary education could be improved by providing tablets with wireless and 3-G connectivity to students from seventh standard and above. These gadgets should be preloaded with teaching material required for each class and students should be able to access portals where they can download latest teaching material, the report said.

To implement various infrastructure projects, a total investment of about Rs. 2 lakh crore may be required in the next five years, the group estimated. While the Central government may have to provide about Rs. 70,000 crore, the State would have to raise the rest through user fee and similar other fees, the report said.