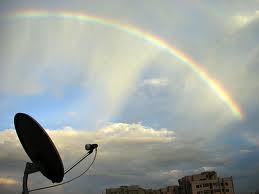 The metros are to receive high definition TV Viewing from July 1. The nationwide digitisation drive would be completed by the end 2013, but the four metro roll out is due on July 1, 2012 which would result in improved quality services from then onwards.
Under digitisation legislation, channels have to be mandatorily transmitted using various digital compression techniques capable of transmitting high quality video (MPEG2 and MPEG4) and audio without utilising extra bandwidth. As both the signals are received at the same time, there are no issues with the synchronisation of sound with video. Digitization would also lead soon to improvement in television production and the quality of transmission is bound to improve.
DTH players have invested in building the technology infrastructure. Dishtv operates out of two satellites of its own and it is also receiving signals from the third satellite. These have contributed to inbuilt redundancy protection as well as additional benefits from such an approach.
With DTH technology, users can now expect to have a lot of options like on demand movies, ad free channels and a lot more choice in what channels they can watch. Also, they have the ability to record and watch channels later.