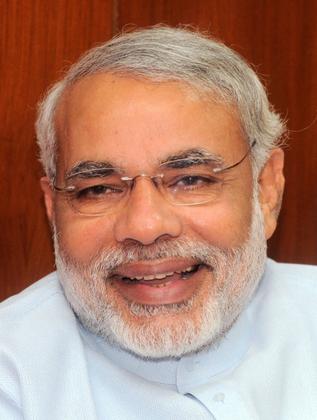 The Annual Plan for the year 2012-13 for the state of Gujarat was finalised here today at a meeting between Deputy Chairman, Planning Commission, Mr.Montek Singh Ahluwalia and Chief Minister of Gujarat, Shri. NarendraModi. The plan size has been agreed at Rs.51000crore.

In his comments on the development strategy of the State, Deputy Chairman pointed out that Gujarat has been registering a robust growth but human development indicators were not matching the pace of economic growth. More attention would be needed in achieving more sustainable growth in agriculture and for addressing the problems of malnutrition and out of school children. He said the State needs to further promote public private partnership in infrastructure development as the Centre was aiming at 50 per cent investment from private sector in the sector.

Planning Commission while appreciating plan performance of the State, drew attention to emerging trends in human development indicators, It was pointed out that the Child Sex Ratio (0-6 years) though improved marginally i.e. by 3 points in Census 2011 but it is still low at 886 against the all-India average of 914. CSR figures are even lower than the State average in district viz. Surat, Mehesana, Gandhinagar, Rajkot, Ahmedabad, Anand, Amreli, Patan and Bhavnagar. The State needs to take necessary steps to tackle the problem of adverse child sex ratio. Likewise, health sector also needs focused attention. There is a shortage of health human resource particularly the Health Workers (51.1%), Specialists at CHC (28.1%), and Laboratory Technicians (21.5%), etc. The State is also unable to achieve the various Health Goals set for the XI Plan.In the 2001 Census, a large gender gap was evident in literacy rates. The NSS survey for 2007-08 continues to show that gender gap in literacy as high as 20 percentage points. This is a serious deficiency. It is reported that there are 1,800 and 1,322 habitations without access to primary and upper primary schools respectively, and further that enrolment of SC/ST children has shown some decline in recent years.

Briefing the Commission on plan performance and approach for the next plan, Mr Modi said the State has an excellent track record of double digit growth over the past several years. The State is committed to provide better health care to the poor and vulnerable sections of the society. Several successful initiatives have been taken during the Eleventh Plan to reduce IMR, MMR and strengthening healthcare services. We were able to achieve reduction of four points in IMR in a single year (SRS 2010) and the current rate is 44 per thousand live births. Reducing IMR to thirty by 2015 is an important goal for Gujarat. As per SRS 2010, achieved safe delivery rate is 91.2 and Institutional delivery rate is 79.8%.