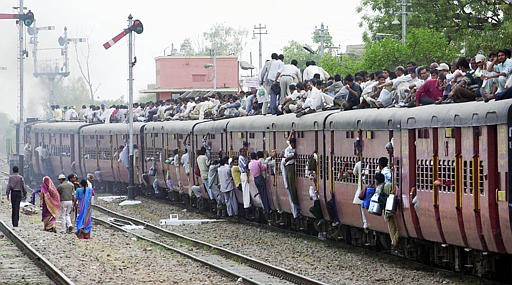 In near future, you won’t a data card to start surfing on the railways. The much much-awaited clearance from space agency The Indian Space Research Organisation (ISRO) for using the satellite for providing Internet connectivity on trains has been received.

ISRO has given the clearance for using the frequency from KU band for using the satellite for Internet, said a senior Railway Ministry official, adding it will be for the first time that Internet will be operational in moving trains through satellite.

Though Railways had proposed two years back to provide Internet in trains, the project could not take off due to the absence of ISRO clearance.

As per the proposal, three rakes of Howrah Rajdhani will be uplinked with satellite for facilitating Internet in coaches on a pilot basis. Since it is a pilot project the Internet service will not be charged from the passengers.

Railways have sanctioned Rs 6.30 crore for providing Internet facility in Howrah Rajdhani. The work will be executed by a Mumbai-based company. Now custom-made antenna will be installed on the locomotives of the train and coaches will be linked through Wi-Fi connectivity, he said.

According to the procedure to be followed, passenger will get a password in his mobile phone after dialing a number given by the TTE. The passenger can make the Internet operational with the use of the password. If the pilot project becomes successful then other trains will also be linked with satellite for Internet purpose.