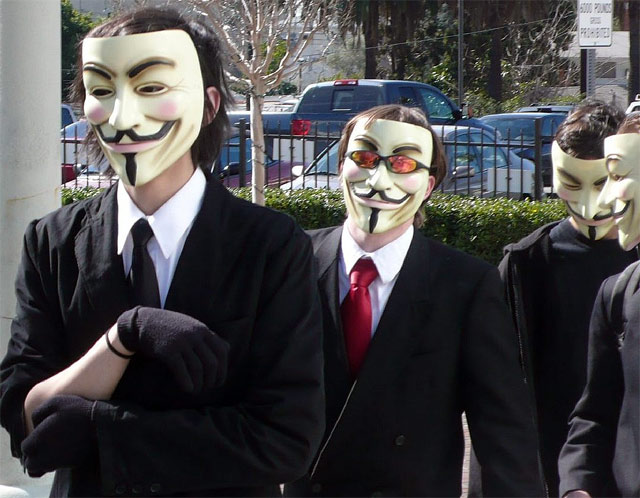 Popular social networks like Twitter and Facebook became inaccessible on RCom network on Saturday morning after hackers allegedly belonging to a group called Anonymous hacked the company’s servers. When users typed www.twitter.com or www.facebook.com in the browser they were redirected to a page put up by the hackers that warned Indian government and internet service providers “not to mess with free speech and lesser with Anonymous”.

In a statement released to media RCom said, “We have investigated the matter and confirm that all RCOM servers and websites are intact and have required preventive measures in place for intrusion.”

Anonymous, a loosely-knit hacker collective, has been in the news for the last two years for high-profile attacks on government websites across the world to protest what it perceives as web censorship.

In the message to web users, the hackers said, “People We for 1 entire week attacked government websites, run by your money and no one in your government cared, then we decided to hit the Rich guys in the entertainment and IPL and Reliance and your government sprang into action. Shame on this government.”

Last week the Anonymous hackers had attacked tens of Indian government websites, including the Supreme Court website, when several ISPs in the country blocked some file-sharing websites after an order against piracy by Madras High Court. These hackers were using a Twitter handle (opindia_revenge) to communicate with the world. However, after some time the account was suspended.

The hackers said that Twitter suspended the account after a request from the Indian government. “We tried to do a slow, non violent protest and government decided to cover out mouths we will not sit idle while our freedom is take away. When we started to speak truth, the government of India forced our online twitter account @Opindia_revenge to be suspended,” noted the message on Saturday.