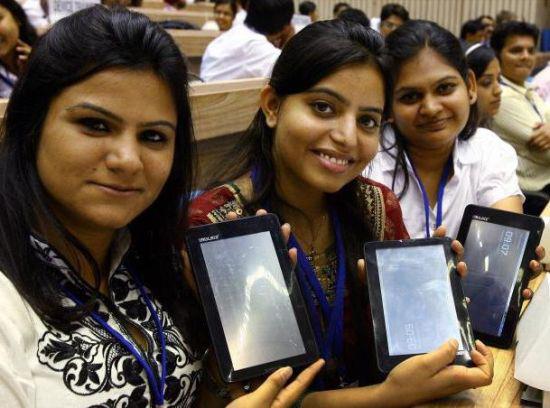 In order to achieve the objective of merging education with modern technology, India requires an additional 22 crore units of world’s cheapest tablet Aakash. Additional Secretary, HRD Ministry, N K Sinha, said, “Initially, we bought one lakh Aakash tablets but we need 22 crore more tablets in the coming years as per the Ministry of Human Resource.”

“To manufacture Aakash in such large numbers, fresh tenders will be released again and other companies along with Datawind (the London-based company that develops it) will also get a chance,” Sinha added.

According to Sinha the preparations for the tender process are already on. There have been some complaints from some quarters about the mediocre tech-features of Aakash. The device is reported to have poor battery, slow processor speed and the overall build has also come in for criticism. N K Sinha has said that these issues were being looked into.

HRD Ministry sources have also revealed that the ministry has received requests for Aakash from America, Panama, Ecuador and other African countries. The device, a 7-inch touch screen tablet, has an ARM 11 processor and 256 MB RAM running under the Android 2.2 operating system. It has two universal serial bus (USB) ports and is capable of running high definition (HD) quality videos.

The second generation model of the device, which is a substantially upgraded model, is slated for release in January end.