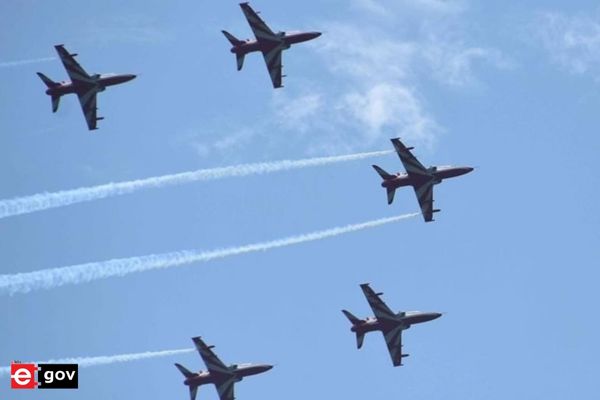 The Indian Air Force (IAF) will conduct a more than an hour-long Air Force show at Sukhna Lake, Chandigarh. UT Adviser Dharam Pal on Monday launched the ‘Chandigarh Tourism App’ that would allow citizens to obtain entry passes for the show, scheduled to be held on October 6 and 8, 2022.

The app developed by NIC Chandigarh can be downloaded from Google Play Store and Apple App Store. It will be registered through a mobile number and OTP. The QR code will be generated for entry pass, which will be scanned by the government staff at the entry points along with their photo ID card. Advisory regarding the protocols to be followed for attending the Air Force show are also mentioned on the app, Dharam Pal said.

He explained that the entire Sukhna lake area where the public will be allowed to view the show has been divided into seven zones with separate entry stairs. Each zone is mapped with 11 alighting points. General public, while booking the entry passes, will have the option of selecting alighting points of their choice. With one mobile number, entry passes can be generated for two persons only and each entry pass is coded with a QR code which will be valid only with a photo ID card. Further on each entry pass, zone no, alighting point and entry staircase will be prominently displayed.

Also Read | Chandigarh to come up with its own startup policy: Adviser Dharam Pal

The app will facilitate the citizens for hassle free and organised conduct of the Air Force show, he said.