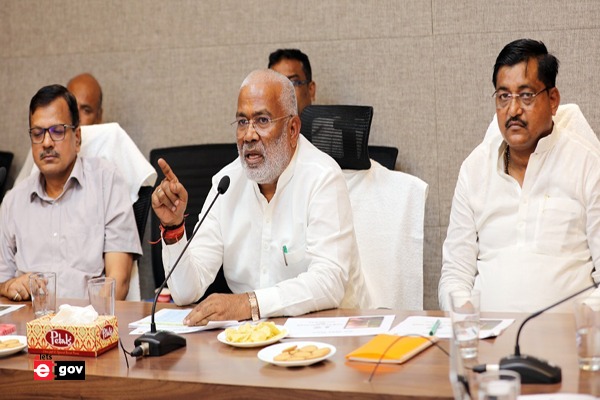 In a stern warning to the ‘layabout engineers’, Jal Shakti Minister Swatantra Dev Singh on Wednesday said that such engineers should be immediately removed from the department.

During a thorough review of the state’s Har Ghar Nal Yojana, the minister directed the officials to set tap connection targets for every engineer to ensure no one is sitting idle.

In the review meeting held at the Gomti Nagar-based auditorium of the State Drinking Water and Sanitation Mission, Singh also took stock of the roles and responsibilities of the Chief and Superintendent Engineers.

“It is the responsibility of the Chief Engineers to continuously monitor the progress of Har Ghar Nal Yojana,” he said, warning, “The engineers of the districts, where the work of providing tap water supply to every house will not pick up speed, will be removed immediately.”

Appealing everyone in his department to come on the field, he said, “Along with monitoring, the officials will have to coordinate with the district administration and hold meetings with Gram Pradhans to make the scheme a success.”

He also questioned the engineers about the water testing training being given to women across the state.

Retrofitting villages must have 100 per cent connection

Under the Jal Jeevan Mission, even after the completion of the scheme in the villages associated with the retrofitting scheme, if all the houses do not get tap connections, then the agencies will have to face serious action. The department will also file a case against such agencies. Government has also made provisions for strict action against the engineers who are negligent in investigation and reluctant in taking action.

During the review meeting on Wednesday, Principal Secretary Anurag Srivastava also issued this warning while discussing the villages related to the retrofitting scheme. He said that the village covered by the scheme must have 100 per cent connection in any case.