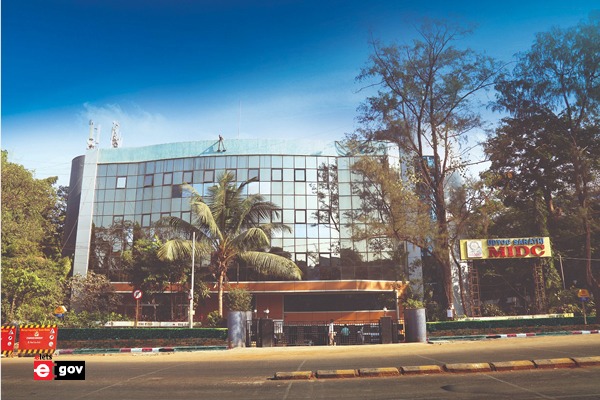 The Maharashtra Industrial Development Corporation (MIDC) plays a pivotal role in Maharashtra’s industrial and economic growth. MIDC stays ahead of the curve by providing the world’s best industrial infrastructure and helps formulating the right policies for Maharashtra’s equitable economic development. The initiative Magnetic Maharashtra is focused to re-invent the paradigm of investment promotion in the country and catapult Maharashtra to be the first trillion dollar economy in India.

On August 1, 2022, members of the MIDC family came together and celebrated the achievements of the state. A host of dignitaries including prominent industrialists, media representatives and senior officers from the government were present to celebrate this historic occasion. To celebrate the success of MIDC over the last 60 years, a grand celebration was organised in the presence of Chief Minister Eknath Shinde and Deputy Chief Minister Devendra Fadnavis. Along with the entire MIDC management, former stalwart CEOs of MIDC were also present for the celebration and were felicitated by the chief minister and deputy chief minister.

MIDC is synonymous with industrial development and economic growth for Maharashtra. In recent times, Maharashtra has been the most industrialised state in India with a contribution of almost 15 per cent to the national GDP. It was the visionary leadership of the then Maharashtra Chief Minister, Late Yashwantrao Chavan, and Finance Minister Late S.G. Barve, who implemented the MID Act, 1961 and established the MIDC in 1962.

MIDC started with just one industrial area, the Wagle Estate in Thane, but today, it has grown to 289 industrial areas, spreading across all 36 districts of Maharashtra. It has been the engine of economic growth and has brought about a balanced regional development of Maharashtra. Today, MIDC is the largest industrial development corporation in India, with an astonishing 2.25 lac acres of land under possession and management. In its 60-year journey, the MIDC has set many milestones and has successfully transformed the state of Maharashtra into an industrial powerhouse.

MIDC not only provides developed land that includes roads, streetlights and other basic infrastructure, it also supplies industrial water. MIDC, with five dams of its own, is the largest supplier of industrial water in India. Notably, the Barvi dam, which is owned and operated by MIDC, supplies water to the Thane municipal area and other nearby areas in the Mumbai Metropolitan Region (MMR). Furthermore, the corporation also helps the industries get power supply and facilitates other regulatory permissions required for seamless establishment and production.

Collaborator with NICDC and NHAI for economic prosperity

The Corporation is also the nodal agency for the PM Gatishakti co-ordination for the state of Maharashtra. PM Gatishakti is aimed at strengthening connectivity, reducing compliance turnaround and enhancing industrial activity in India.

The MIDC is also developing five Multi-Modal Logistics Parks (MMLPs) across the state, in coordination with NHAI, to boost the supply chain and reduce the cost of logistics. Additionally, MIDC will also be developing industrial nodes along the Samruddhi Mahamarg, 700 km-long, 8-lane expressway connecting Mumbai to Nagpur.

Additionally, the Corporation is also the nodal Investment Promotion Agency (IPA) for the state of Maharashtra. As the nodal IPA, it has been facilitating and handholding investments and is also responsible in establishing the credibility of Maharashtra’s investment attractiveness, domestically and internationally. As the nodal IPA, it helped the state organise the marquee Make in India event in 2016, and the Magnetic Maharashtra summit in 2018, garnering an investment of Rs 9.11 lakh crore. Even during the global slowdown due to the pandemic, it has managed to attract Rs 2.7 lakh crore investment intentions over the last two years. Furthermore, MIDC has helped ground more than 80 per cent of the investment MoUs.

The pursuit of economic and infrastructure development, today, is being undertaken in a sustainable manner. Along with building key facilities such as CETP (Common Effluent Treatment Plant), Common boilers and STPs (Sewage Treatment Plant), MIDC is undertaking steps to be carbon neutral and comply with global ESG standards.

During the pandemic, along with the relief work, the Corporation also held stakeholder consultations to understand concerns of the industry and resolved them. Additionally, it helped mobilise initiatives under the Magnetic Maharashtra program, such as the Mahajobs, Maha-Parwana, Plug and Play infrastructure – Investor First Program and Country Desks to continue the momentum of investments in the state.

The global competition in investment attraction and facilitation has been increasing and it has become imperative to provide seamless facilitation and world-class infrastructure to the industry. The MIDC, today, is building industrial infrastructure for the future and is focusing on key sectors such as semiconductors, data centres and EV (Electrical Vehicles), while simultaneously strengthening traditional sectors such as Textiles, Auto, Pharma, IT etc. by creating specific parks for an integrated value chain ecosystem development.