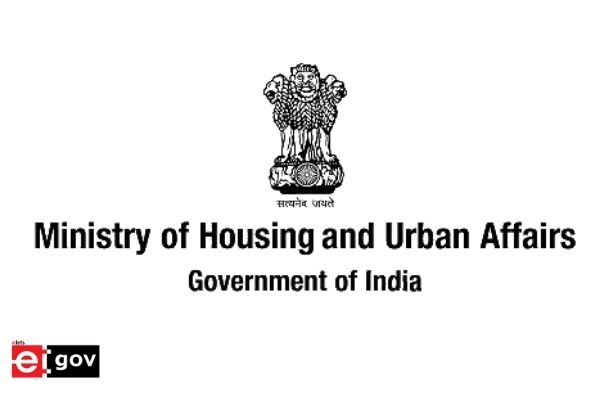 The Secretary, Ministry of Housing and Urban Affairs (MoHUA), Manoj Joshi has launched the eighth edition of Swachh Survekshan (SS) – 2023 under Swachh Bharat Mission-Urban 2.0, in a virtual event here today. The event was attended by State Principal Secretaries – Urban Development, State Mission Directors – Swachh Bharat Mission Urban, Municipal Commissioners and Executive Officers from Cities. Designed with the theme of ‘Waste to Wealth’ as its driving philosophy, SS 2023 is curated towards achieving circularity in waste management. The survey would give priority to the principle of 3Rs – Reduce, Recycle and Reuse.

Speaking at the launch event, Manoj Joshi said that the Swachh Survekshan has developed into an inspiration tool, rather than being just an assessment tool. This largest survey undertaken anywhere has brought about substantive changes at the ground level, with cities performing well and having a sense of pride. He said that the Swachh Survekshan is not only for the top performers, but is also important for the under-achievers, who must take steps to rise to the occasion and do the needful. Joshi said that the parameters of the Swachh Survekshan have been designed in such a manner, more so in the recent round, so as to nudge everyone to move in a new direction, enabling all-around cleanliness, throughout the year. Emphasising citizen’s feedback, the Secretary said free and frank feedback is of utmost importance, as citizens residing anywhere in the country aspire to and deserve a clean environment.

Over the years, Swachh Survekshan has emerged as the largest Urban sanitation survey in the world. The seventh edition of Swachh Survekshan – ‘Azadi @ 75 Swachh Survekshan 2022’ was a landmark Survekshan as it coincided with the Azadi Ka Amrit Mahotsav. The SS 2022 survey covered 4,355 cities, 85,860 wards, 2.12 lakhs locations visited, 5.5 lakhs documents assessed, 1.14 Crores citizen feedback recorded, 4.77 lakhs citizen validation undertaken, 23.38 lakhs photos and videos collected as evidence and 17.24 lakhs data points collected. The SS 2022 survey has been completed and the results are under preparation.

It was observed that whenever the SS survey starts, there is an enhanced level of activities undertaken by the cities and cities are visibly cleaner during the months the survey is conducted. Therefore, in SS 2023, the evaluation will be conducted in 4 phases, instead of 3 phases in earlier editions and citizen validation and field assessment of processing facilities are being introduced in phase 3 also, in addition to phase 4.

The Prime Minister launched the Swachh Bharat Mission Urban 2.0 on 1st October 2021, with a vision of Garbage Free Cities. The theme of SS 2023, which is ‘Waste to Wealth’, is aligned with SBMU 2.0’s commitment to promoting circularity in waste management, which is one of the key objectives of the Mission. In SS 2023, additional weightage has been given to source segregation of waste, enhancement of waste processing capacity of cities to match the waste generation and reduction of waste going to the dumpsites. Indicators have been introduced with additional weightage on emphasizing the need for a phased reduction of plastic, plastic waste processing, encouraging waste to wonder parks and zero waste events.

The ranking of Wards within the cities is also being promoted through Swachh Survekshan 2023. The Mayors of the cities are being encouraged to participate in the ranking and felicitate the cleanest wards. In addition to the above, the cities would also be assessed on dedicated indicators on the issues of ‘open urination’ (Yellow Spots) and ‘open spitting’ (Red Spots), being faced by the cities. Further, this year MoHUA is also promoting the cleaning of back lanes of the residential and commercial areas.

Swachh Survekshan was introduced by MoHUA in 2016 as a competitive framework to encourage cities to improve the status of urban sanitation while encouraging large scale citizen participation. Over the years Swachh Survekshan has been an enabler for Mission acceleration in the cities. It has led to healthy competition among cities to improve their performance on sanitation parameters thereby improving sanitation services delivery to the citizens. The journey that started in 2016 with only 73 cities with over a million population has grown manifold, with 434 cities in 2017, 4,203 cities in 2018, 4,237 cities in 2019, 4,242 cities in SS 2020, 4,320 cities in SS 2021, and 4,355 cities in SS 2022, including 62 Cantonment Boards.

Through the launch of SS 2023 with the theme of ‘Waste to Wealth’, the SBMU 2.0 reiterates its commitment to moving towards a circular economy in waste management while tapping the immense scope of recovering value from waste.