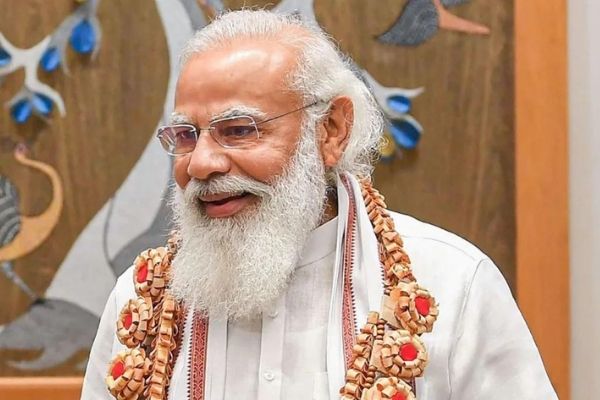 Stated to be the biggest canal project of Uttar Pradesh to date, it will benefit 25 lakh farmers in nine districts of the Purvanchal region including Bahraich, Gonda, Shravasti, Balrampur, Basti, Siddharthnagar, Sant Kabir Nagar, Gorakhpur and Maharajganj. The project will facilitate irrigation of 14.04 lakh hectares of land and at the same time reduce the risk of floods in several flood-prone areas of the region due to water coming from Nepal.

The project, which was started way back in 1971, has been completed today due to expeditious handling by the Prime Minister, said Mahendra Singh, the UP Jal Shakti Minister.

An official associated with the Saryu canal section said that all the work related to the project has now been completed and the construction of the railway bridge is also in the final stage.

Five rivers have been connected under this project, including Ghaghra, Saryu, Rapti, Banganga and Rohin while canals with a length of 6600 kilometers have been linked to the 318 km long main canal. “This project will solve the problem of floods because of water coming from Nepal. It will reduce the risk of floods in Mahsi, Kaiserganj, Nanpara and Motipur tehsil areas due to water entering the canals,” said Mahendra Singh.

It may be noted that the State Government started this project on a small scale in 1978 for irrigation in two districts at a cost of Rs 78.68 crore. Four years later in 1982, it was expanded to nine districts. Its name was changed to Saryu Canal National Project and the cost was increased to a whopping Rs 9,802 crore by 2021. Besides, the capacity of the irrigated area was also increased from 3.12 lakh hectares to 14.04 lakh hectares.

Saryu canal is built near Girjapuri barrage on Ghaghra river in Bahraich, which will facilitate flow of water to Saryu barrage built on the Saryu river. Similarly, Rapti canal has been built in Shravasti which will be used for Rapti main canal. Two canals branching out from Saryu main canal will benefit farmers of Basti and Gonda districts. Arrangements have also been made to transport water from Rapti main canal in Shravasti to Balrampur, Siddharthnagar, Maharajganj and Gorakhpur.