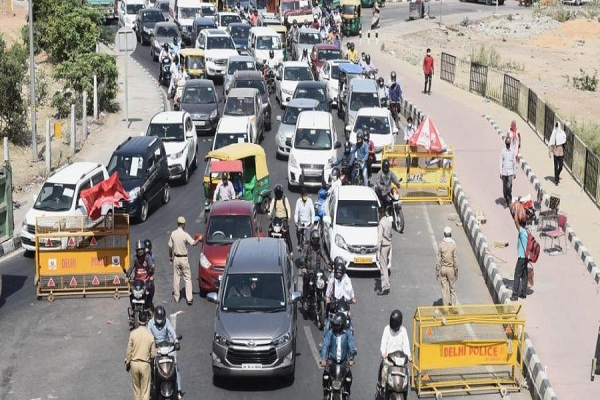 Following the opening of the border with Delhi, Ghaziabad observed a sharp rise in the COVID cases which is 91 cases in around two weeks. Hence, the Ghaziabad Administration on Monday, May 25, sealed the Delhi-Ghaziabad border again.

As per the corporation officials, the case which surfaced were mostly those people who were travelling between the two cities. Ghaziabad, as of May 25, had 238 cases with two deaths and 189 recoveries. The number of cases makes Ghaziabad the third most affected district in the State of Uttar Pradesh.

The Government of Uttar Pradesh had earlier restricted the people travelling from Delhi’s containment zones to Ghaziabad. Also, the government has authorised the Ghaziabad administration top frame detailed guidelines on the same.

The Ghaziabad administration, in its guidelines for the fourth phase of the lockdown released on May 22, has allowed people to travel from Delhi to Ghaziabad barring those from the containment zones. However, due to a sudden spike in the number of positive cases the administration again restricted the movement of people from the national capital to Ghaziabad and sealed the border to prevent the further rise in cases.

However, according to the new order, doctors, nurses, paramedical staff and ambulances will not require passes to travel across the border. But, they are certainly required to carry their ID cards to present at the border.

Moreover, as hundred os employees travel from Ghaziabad to Delhi, the district administration has urged the Government of Delhi to maintain the 33 percent workforce rule. Government employees will be issued travel passes by their department which will be checked at the border, said the order.