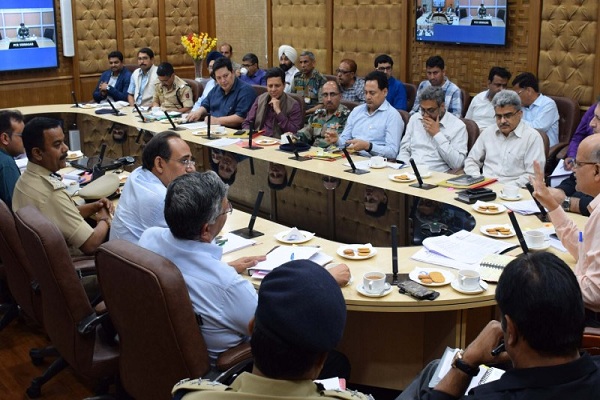 Jammu and Kashmir Chief Secretary BVR Subrahmanyam reviewed the arrangements for Darbar Move, which is the practice of bi-annual shifting of the state capital between Jammu and Srinagar.

The functions of the offices, including the Civil Secretariat and the Raj Bhavan will close in Srinagar on October 25 and 26 and reopen in Jammu on November 4.

The Chief Secretary was informed about the arrangements and the renovation work being done by their departments.

According to the spokesperson, the renovation, face lifting and other allied works at the Civil Secretariat have been completed.

The Chief Secretary has directed the BSNL authorities to ensure that telephone lines and Internet connections are made fully functional before the move.

Subrahmanyam also sought and reviewed security arrangement and accommodation details of the officials.

The around 150 year-old practice of Darbar Move was started in 1872 by Maharaja Gulab Singh to escape the extreme heat during summers in Jammu and biting cold of winters in Srinagar. The practice was continued by elected governments post-Independence.