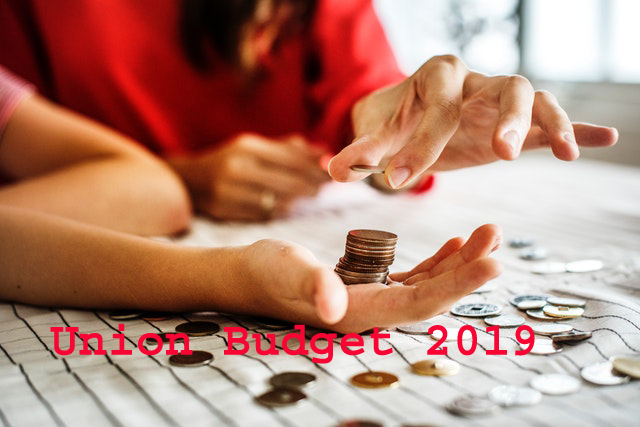 Finance Minister Nirmala Sitharaman is set to present the Union Budget for Financial Year 2019-20 on July 5. This is the first budget to be presented by SItharaman as the Finance Minister of India. Undoubtedly, the expectations are high for the citizens for an all inclusive budget ensuring development of all strata of the society.

As per the roadmap laid by the Government of India upon getting elected for the second term, it is expected that the Union Budget 2019 would focus on the areas of farmer and women welfare, the newly formed Ministry of Jal Shakti and rural development along with other areas.

Stating the expectation from the Government on the upcoming Union Budget, Dr Ravi Gupta, founder & CEO, Elets Technomedia and Editor in Chief, Egovernance magazines says, “The Government should focus on more fund allocation to create a robust IT and ICT system to strengthen its egovernance system.”

“In this Union Budget, much more focus should be put in the nine pillars of Digital India to make the areas and their implementation across sectors stronger. The citizens have to be empowered on each aspect to realise the vision of Digital India across the country,” says Dr Gupta.

According to Dr Gupta, the Government has to allocate major portion of the budget for developing the Artificial Intelligence, Machine Learning, Internet of Things, Blockchain, Cloud Technology among others. “IT will continue to drive success across sectors with innovations around AI, ML, Cloud, IoT, Cybersecurity, Blockchain, 3D printing etc. However, there are certain gaps within the various sections of the society and through this budget; I expect that endeavour should be on creating a more inclusive e-governance system,” says the Editor-in-Chief, Egov magazine.

Dr Gupta also adds, “Policy and framework to promote homegrown IT innovations is the urgent need of the hour to promote growth and provide large scale e-services to the citizens.”

“At present, a number of technology deployments have been made in the Agriculture, Urban Development, Water and Environment Conservation. Data is coming into play in a big way when it comes to disbursing the loan amounts and pensions to be farmers. The budget should focus on improving the agro marketing processes as well with thorough IT integration,” says the Editor-in-Chief.

In terms of Smart City and Urban Development department, Dr. Gupta observed that much work needs to be done in the area of Smart City Mission. “Much of the focus for the Union Budget should be laid on the pending projects under the Mission and the timely execution as well. Moreover, through technologies like IoT, systems like Smart Parking, Advanced Traffic Management System, Smart and Digital payment options and digital tokens for the city dwellers need to be developed,” he says.

The Government had earlier stated an investment of Rs 25 lakh crore will be made to enhance agricultural productivity. Over Rs 2 lakh crore were earlier disbursed for the women in rural areas. A scheme with allocation of Rs 13,000 crore has been approved by the government to reduce farmers’ expenditure on livestock.

Reiterating on the need to develop the above mentioned technologies, Dr Gupta also stated the need for Skill Development vis-à-vis offering training in these areas. This would enable the youth of India to gain the necessary skills and make India future-ready in terms of e-governance and other sectors as well.

Talking beyond the IT innovation, Dr Gupta emphasised on the need of the hour to focus on the crisis areas such as water scarcity across the country and energy conservation. “We would want this year’s budget to focus more on energy and water conservation with greater importance to sustainable development and pollution control,” he added.