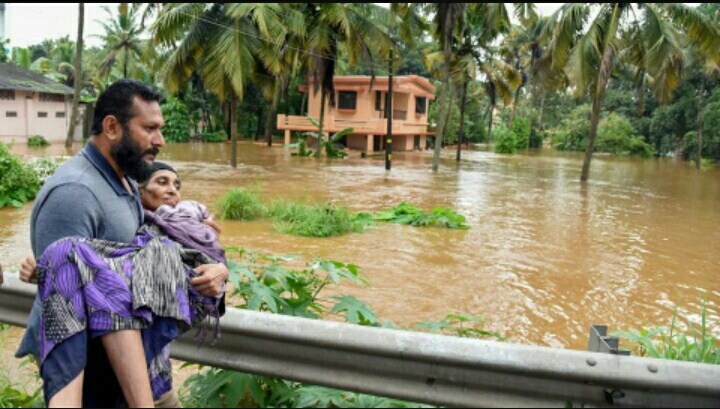 As Kerala struggles to keep afloat amdist the flood waters,  social media has turned out to be a handy tool for Indians who are doing their bit to help the #keralafloodvictims.

Citizens across the country are coordinating on social media websites not only to help but also to raise funds.

Mothers of the students in Bhavans school of Bharatiya Vidya Bhavan, Kakanadu, Kochi during seva activitie, packing food & utilities for the #KeralaFloodRelief camps.

The selfless service by common citizens during the flood shows Humanity is alive around us pic.twitter.com/Md5x80S2nR

Update on #KeralaFloodRelief : The C-17 aircraft crew is working 24×7 to ensure continued support to Kerala. Today, 100 tons of food & medicines along with 5 tons of water was transported to Kerela. Also, 38 boats & NDRF personnel positioned for Ops. pic.twitter.com/f71wMWlZ94

The nation has united to help Kerala and through social media flood victims are being assisted towards food and other supplies.

The social media websites have also revealed a number of unsung heroes who have helped the flood victims in every possible way.

25 KG of rice donated to the #KeralaFloodRelief and #KodaguFloodRelief fund, by the security guard of Sri Venkatramana temple , Car street, Mangaluru.

Common people are doing their part, while some sick journalists are spreading hate between states during this time of tragedy. pic.twitter.com/NaGJa4mO7j

The Central Government has till now announed a relief package of Rs 100 crore for the State. More than 7.24 lakh people have been dispaced due to floods.