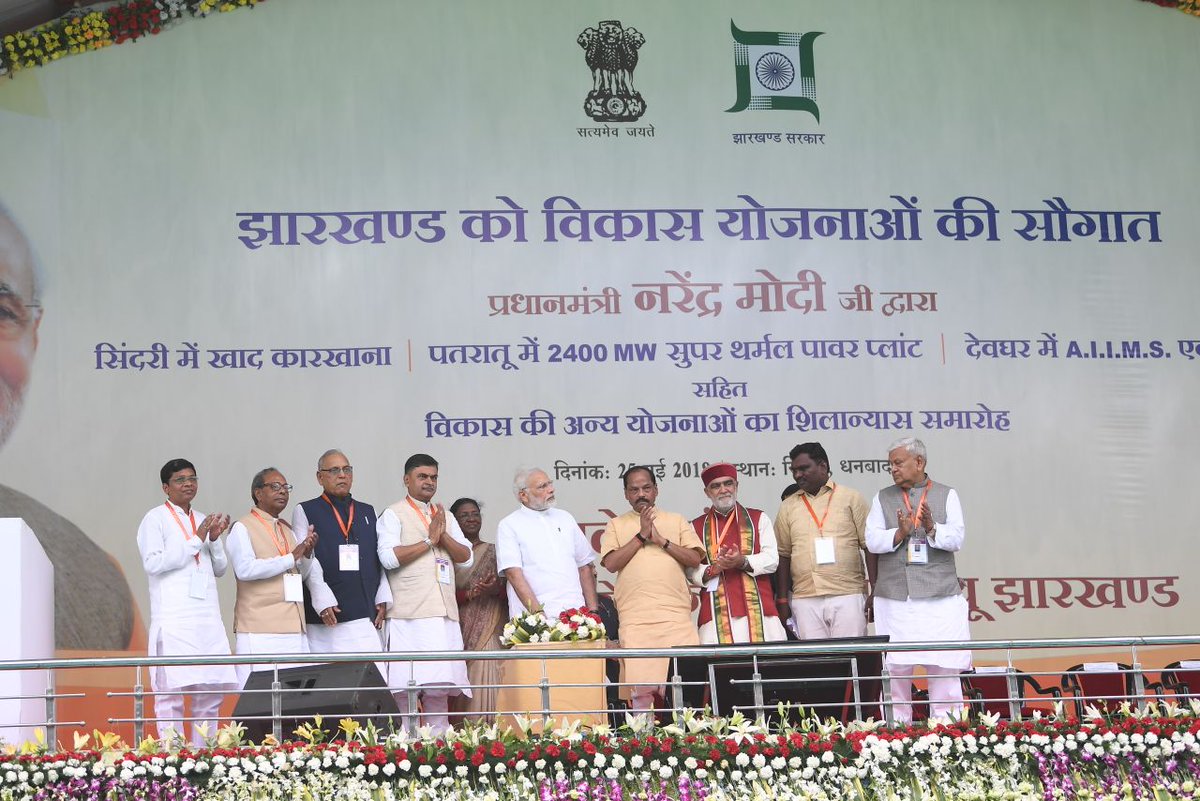 Prime Minister Narendra Modi has laid the foundation of Deoghar Airport in Jharkhand through video link from an event in Sindri, Jharkhand.

The Airport is being developed by the Airports Authority of India, in collaboration with Defence Research and Development Organization (DRDO) and the Government of Jharkhand at an estimated cost of Rs.401.32 Crores.

Deoghar is a popular religious tourist destination famous for Baba Baidyanath Dham, one of the 12 Jyotirlingas and one of the 51 Shaktipeeths of India.

The new airport will give a boost to local tourism and will generate employment as large part of the local population depends on tourism for its livelihood.

The Airport will be spread over an area of 600 acres and its Terminal Building will be built in an area of 4000 Sqm. The Terminal Building, will have state-of-the-art passenger facilities also.. It will have an environment-friendly architectural design and its interiors will depict local tribal arts, handicrafts, Madhubani artwork and pictures of local tourist destinations highlighting the rich cultural ethos of the region.

An efficient solid waste management system, reuse of treated water for horticulture and air-conditioning purposes, rain-water harvesting system to recharge groundwater, sewage treatment plant, solar power system, energy-efficient chillers and a green belt along the periphery of the airport are few other green features of the airport development project.