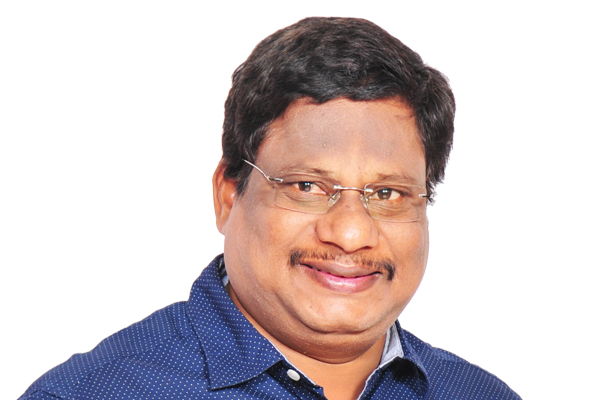 The renewable energy practices adopted by Telangana made it stand first in the country with regard to commissioned capacity, says A Sudhakar Rao, Vice- Chairman and Managing Director, Telangana State Renewable Energy Development Corporation Ltd (TSREDCO), in conversation with Divakar Mukherjee of Elets News Network (ENN).

Please give us an overview of TSREDCO.
In pursuance of the Section 53 of the Andhra Pradesh Reorganisation Act 2014, a separate Telangana State Renewable Energy Development Corporation Ltd (TSREDCO) (formerly TNRDECL) has been created which acts as a nodal agency for implementing all new and renewable energy programmes and energy conservation activities in the State. Accordingly TSREDCO is promoting the utilisation of renewable energy as a State Nodal Agency to the Ministry of New & Renewable Energy (MNRE) and State designated agency to the Bureau of Energy Efficiency (BEE), Ministry of Power, Government of India, under the administrative control of Telangana Government.

What are the non-conventional/ renewable energy initiatives taken by the corporation?
We are promoting the use of renewable energy by providing the subsidies, incentives and technical support to the beneficiaries. Programmes such as solar rooftop, solar off grid, biogas and biomass, municipal and industrial solid waste, wind energy etc will also be covered.

9 Watt LED bulb distribution programme at a subsidised price in the entire State. Energy Efficient LED streetlight programme to improve the livelihood, safety and to reduce the energy consumption in the villages of Telangana. More than 30 energy intensive industries, covering three cycles, are covered under PAT scheme in Telangana.

PAT cycle I is completed, Cycle II and III are in progress. TSREDCO is working in coordination with BEE to implement the scheme in the State. TSREDCO is successfully conducting energy conservation day and week celebrations during December 14 to 21 in the entire State.

We have also started Telangana State Energy Conservation Awards to encourage the professionals, industries, buildings, ULBs and institutions etc and to promote the energy conservation further in the State. How is the State Government promoting new and renewable energy? What policies and new initiatives have been undertaken in this regard? How is the Corporation implementing those?
We are promoting the usage of renewable energy by providing the subsidies, incentives to beneficiaries such as notifying solar rooftop net metering policy, wind energy programmes, solar off-grid programmes, biomass and Biogas programmes, municipal and industrial waste programmes etc.

What initiatives has TSREDCO undertaken to adapt the developing technology across the world?
What new technologies have been imported? Presently, TSREDCO is developing draft policy on renewable energy power generation through hybrid mode and storage devices. TSREDCO is also working towards implementation of electric vehicle policy.