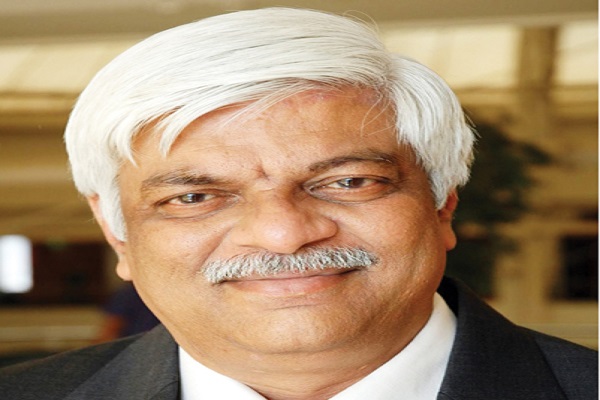 “The company’s ability in turning infrastructure capacity creation into a commercial viable proposition has aided the company to expand into other areas of transportation subsectors, such as mass rapid transport system, automated car parking etc.”

Give us an overview of IL&FS Transportation Networks Limited (ITNL).

Today, ITNL has evolved as a market leader in transportation sector with more than 14,000 lane km under its BOT road assets portfolio comprising a mix of toll and annuity based projects. The company’s ability in turning infrastructure capacity creation into a commercial viable proposition has aided the company to expand into other areas of transportation subsectors, such as mass rapid transport system, automated car parking etc. Could you brief us about some of the projcts being undertaken by ITNL?

ITNL has 35 projects under its portfolio, of which 30 are road projects with a Pan-India presence in 20 states. Southeast Asia’s longest road tunnel, 9.28 km Chenani –Nashri Road Tunnel project, with a fully integrated tunnel control system, was developed by ITNL in the state of Jammu and Kashmir. The tunnel has benefitted not only the commuters, but also ecology, community and economy of the area. ITNL has gradually expanded its EPC footprints with 444 lane km under its portfolio and the company is L1 for the 14 km Zojila tunnel EPC project, Zojila pass is situated at an altitude of 11,578 feet on Srinagar-Kargil-Leh National Highway which remains closed during winters due to heavy snowfall and avalanches cutting off the Leh-Ladakh region from Kashmir. In the urban transportation segment, ITNL has completed India’s first privately- financed and operated metro network, developed in the Public Private Partnership format.

ITNL operates across multiple geographies and has progressively enriched our domain expertise to work on challenging projects across geographies with presence in 19 countries across North America, Europe, Africa, the Middle East, South Asia and China with about 34,469 iInternational road portfolio, lane Km under its portfolio.

“ITNL operates across multiple geographies and has progressively enriched our domain expertise to work on challenging projects with presence in 19 countries.”

What are the key strengths of ITNL?

Some of our strengths are: How is ITNL benefitting the common man?

At ITNL, we drive need-based community interventions that challenge the status-quo and strive to bring positive change in the lives of people. We formulate our strategies in consultation with relevant stake holders to touch and transform people’s lives. Our work in the catchment areas have been benefiting about 100,000 people. Our programmes are focused on income enhancement, education, healthcare, sanitation, road safety and rural infrastructure along these highways.

How is ITNL helping in the country’s growth?

At ITNL, we are facilitating a leaping India, in its mobility and connectivity by establishing hundreds of kilometers of roadways and links. All this is done with care and concern for the people in the area of operations, and we make sure that we empower them in every way we can. While India is our primary base, our foot print in the international market is also proportionally growing. A corporate level innovative safety framework is also being incorporated into each project that we undertake. Finally, ITNL is “Building Tomorrow’s Infrastructure Today”.