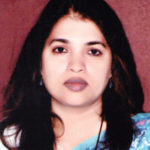 Chhattisgarh Government is making an all out effort to develop tourism in the State. It did not even have the basic infrastructure for the destinations mentioned. We have progressed a lot in terms of developing basic infrastructure at some of the important sites of the State, says Niharika Barik Singh, Secretary, Department of Tourism, Government of Chhattisgarh in conversation with Susmriti Sahu of Elets News Network (ENN).

“We already have the online reservation system in operation for last few years through which the customer can book Chhattisgarh tourism properties online. We also are using digital payment options at our information centres.”

What are the possibilities and opportunities of Chhattisgarh State as a tourist destination? The biggest asset of Chhattisgarh is its forest which covers nearly 44 per cent of the State. These forests house some of the unique species of flora and fauna among which the Bastar Hill Maina, Wild Buffallo are the prime examples. There are archeological sites at Sirpur, Malhar and Tala. The nature’s bounty in terms of the varied topography and geological formations like the plateaus and hilly terrains of the north and the southern part of the State and the variety of waterfalls spread across. The religious sites of Chhattisgarh boasts of Dantewada, Ratanpur, Dongargarh, Chandrahasini Devi and Sheorinarayan. The State has immense potential in terms of tourist offerings.

What are the measures taken up by you for the holistic development of the State Tourism?

What is the role of ICT in promoting Chhattisgarh tourism?

It is needless to say the importance of ICT in promoting any field and not just tourism. In Chhattisgarh, we are committed to promote the use of information technology as has been prioritised by the Central and the State Government. We already have an online reservation system in operation for the last few years through which the customer can book Chhattisgarh tourism properties online. We also are using digital payment options at our information centres. We now have a full fledged social media connect with the people through platforms like facebook and twitter. It is important to mention that Chhattisgarh’s social media is updated on a daily basis.

Our handles are liked and followed by a lot of people. These people, in turn, act as the promoters of our State’s tourism. We have made all our brochures and publications available on our website so that the guest need not have to carry the hard copy of the same during his tour.

What are the ICT initiatives taken up by your department to smoothen the operation within and outside the department.

As mentioned earlier, we are using information technology not just for the promotion but also for the interaction and as an enabler and facilitator for the tourism sector in Chhattisgarh. The department, has undertaken many schemes like digitisation of the office (MIS), purchase and tendering in e-mode, mapping of the tourism resources on Geographic Information System (GIS) already. Now we are moving towards the digital payment system to reduce cash based transactions.

Tell us about “Ek Bharat Shrestha Bharat” and Chhattisgarh as a part of it.

Under “ Ek Bharat Shrestha Bharat Scheme” announced by Prime Minister Narendra Modi on the occasion of the 140th birth anniversary of Sardar Vallabhbhai Patel, the aim was to exchange knowledge of culture, traditions and practices of different States and Union Territories. This envisages to an enhanced understanding and bonding between the States, thereby strengthening the unity and integrity of India. The scheme has already undertaken exchange in various fields between the two paired States of Gujarat and Chhattisgarh.

Some of the exchanges have seen the cultural teams from Gujarat participating in events like Rajim Kumbh Festival, Chakradhar Samaroh, Independence day celebrations.

Similarly the teams from the State have presented cultural programmes in Gujarat in functions like Saputara Festival, Independence Day celebrations, Navratri Celebrations in Gujarat. We have also participated in traditional sports competitions held under the banner of Swarnim Gujarat Sports University where players from Chhattisgarh have participated in competitions of traditional games like Pithul, Gilli Danda etc. Their performance has been stellar and appriciated by all.

In the field of agriculture also farmers from Chhattisgarh have been to Gujarat to learned various practises being followed there and exchanged ideas with them. In the near future also similar events and exchanges will be held in the coming months.

How do you see Chhattisgarh as a tourist destination in coming future?

In Chhattisgarh the journey of tourism has just begun we have a long road ahead. There is a lot of potential in Chhattisgarh and it will grow intoa sought after destination for experiential tourism.