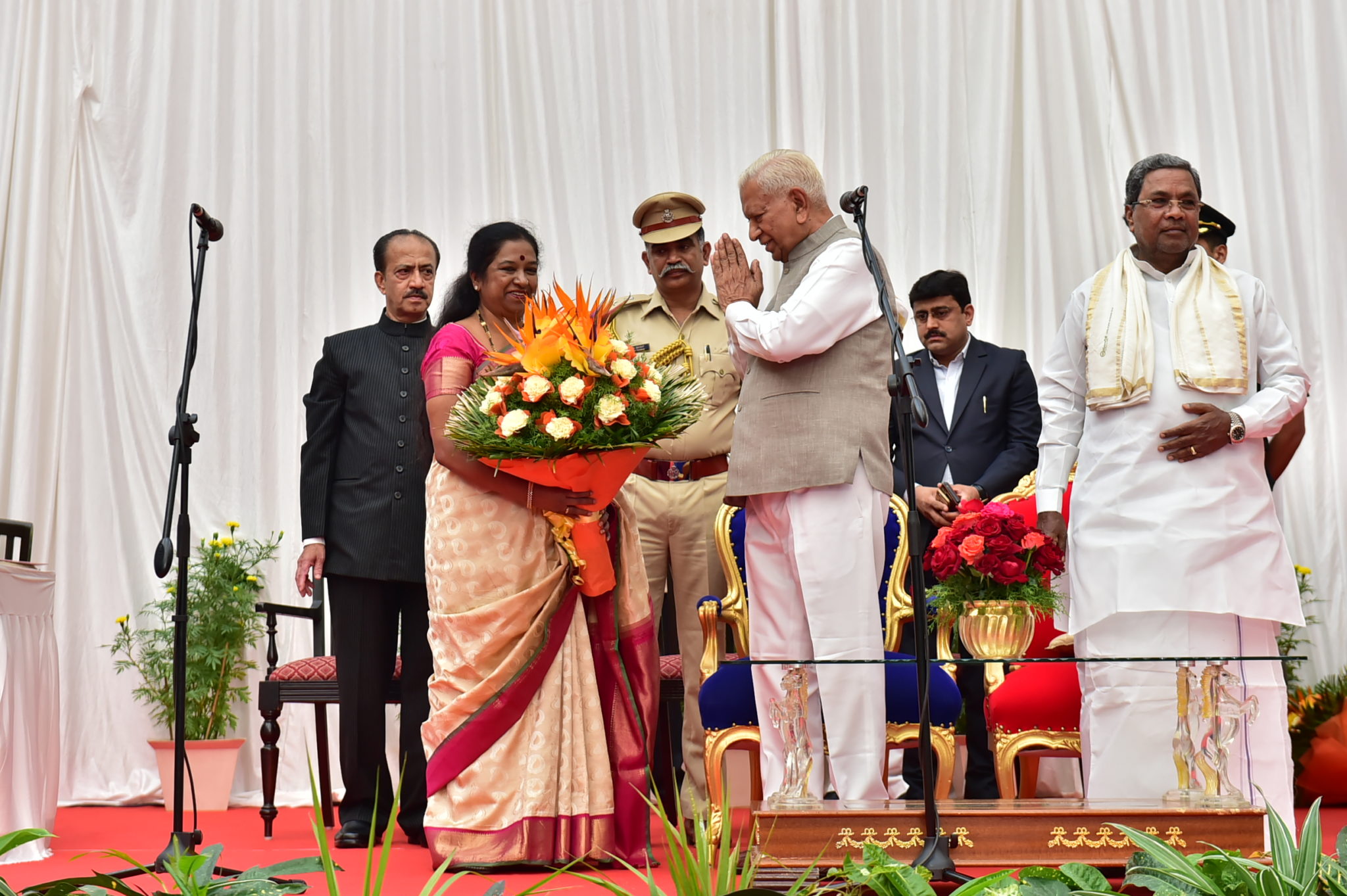 Karnataka Chief Minister Siddaramaiah  has inducted three new faces into his council of ministers to fill the vacant slots.

Mohan Kumari, popularly known as Geetha Mahadeva Prasad in political circles, had recently got elected from the Gundlupet constituency in the by-elections after the death of her husband H S Mahadeva Prasad, who was the cooperation minister.

Newly appointment ministers Revanna, Thimmapur and Mohan Kumai have been allotted the portfolios of Transport, Excise and Sugar and Small Industries respectively.

Ramalinga Reddy has been shifted from Transport to the key Home Ministry, Ramesh Jarkiholi has been given Cooperation and Labour Minister Santosh Lad the additional charge of skill development.