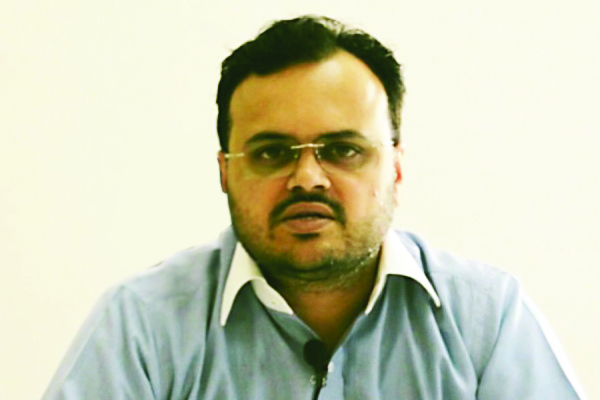 Gujarat’s Vadodara city has been ranked 10th in the 434 cities and towns under Swachh Survekshan-2017. The improvement has largely become possible due to involvement of citizens, voluntary organisations and opinion-makers towards maintaining cleanliness in the city. Dr Vinod R Rao, Commissioner, Vadodara Municipal Corporation, shares his insights with Hemangini Kanth Rajput of Elets News Network (ENN) on building the city to take up projects for making it Greenest to the Smartest City.

How did you manage to make the city clean at first?

“We started with Swachh Vadodara Campaign wherein we become one of the 10 cleanest cities.”

Some of our initiatives include:

Also, we came up with different contests such as locality contest, school contest, contests on festivals to promote and aware public about the importance of cleanliness.

In order to make Vadodara a clean city, we have decided to make it containers-free. There were different places in the city where containers were placed which attracted more garbage and created unhealthy environment. Such places were known in the name of ‘katchra Peti Naka’. Observing this situation, we drastically reduced the number of containers to the extent that it reduced by more than 60% and remaining 40% will be removed in the coming days.

What other Smart City initiatives have been taken to make Vadodra smarter?

I strongly believe that a soft city cannot be a smart city. Softness of city is measured by persuasiveness of the city to violate the law and rules. The more you are soft to violent laws, the more the city goes down in terms of vulnerability index. It includes violation of traffic norms, encroachment norms, construction norms, pollution control norms, etc.

In Vadodara, we have around 250 green spaces, more than 40 lakes and ponds. Along with that, we have come across many encroachments which have been now removed from all such areas in last nine to ten months to make these places more clean, environment friendly and green to practice high density plantation. To make such places clean we have also accommodated slums dwellers to other areas with their ownership of pukka houses.

With maintenance and proper monitoring of those lakes, it helped in flood management and water management in surplus rainy seasons in the city.

With such developments what sort of security and safety is kept in mind by the corporation?

Primarily, safety and security falls within the domain of Commissioner of Police. There are some major areas they are working on including:

Traffic Management: In this, corporation and police are working as partners for all the planning and execution which includes traffic junction, widening of roads, removal of temporary hawkers, planning traffic movement, etc.

Both-Corporation and police have our CCTV network projects. The City Control Centre is about to get ready in next three months. And, as a team we’ll have access to CCTV network which would helps us monitor the conditions of roads, cleanliness, etc. around the city and on the other hand, the police can monitor the crime rates, traffic violations, etc around the city.

Encroachment removal: We are very proactively attending issues of particularly the communal sensitive areas, and other areas. We try to find the areas where there is possibility of encroachments, narrow roads as such elements add up problems in the city.

Vadodara has been very active to take up different projects for the development of the city, are there any projects where VMC has faced challenges?

Of all the initiatives that the Municipal Corporation takes up, Urban Housing projects are the most complicated project in the city. And, this has multiple dimensions of complications which includes:

People in most of the locations are reluctant to take the help provided by the corporation.

Moving slum dwellers and accommodating them is also one of the difficulties to move them to prime or posh areas. To make project viable and to execute it in time limit is one of the challenges. Litigation sometimes leads to stay orders of land for a year arising of various issues after construction orders.

What is the action plan of VMC?

VMC is working with a medium term vision which we have started converting into action. One is physical infrastructure to create futuristic infra taking 20 to 30 years of consideration of city. Second, is environmental infrastructure.

City’s branding depends on its core competencies and strengths. And, we look forward to create opportunities and potential in Vadodara. Important thing is to have capability to convert vision into action to make yourself successful, develop your city and evolve as a brand.

We started with Swachh Vadodara Campaign wherein we become one of the 10 cleanest cities. After achieving this milestone success, we have organised a function in which around 50,000 people gathered and joined and supported cleanliness drive by cleaning the public streets.