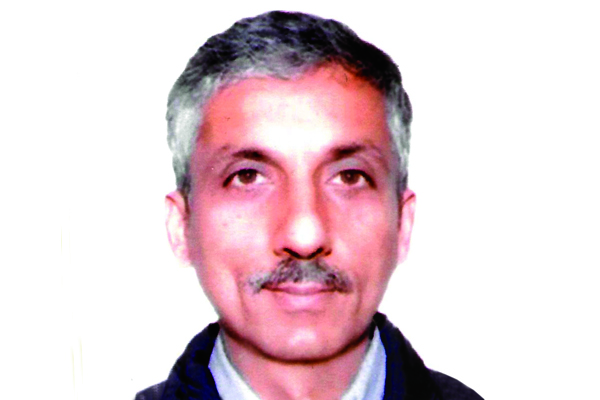 From a State known as ‘Food Bowl’ of the country to making rapid strides in establishing industry and fascinating international players, Haryana has come a long way. The emphasis is now increasingly on ensuring that projects get cleared and pave way for their execution with ease and in record time, says Sudhir Rajpal, Principal Secretary, Department of Industry and Commerce, Government of Haryana, in conversation with Priya Yadav of Elets News Network (ENN).

Haryana has improved its ranking to 6th position from 14th in terms of ease of doing business, what measures have been taken to make this possible?

Several reforms have facilitated this improvement in ease of doing business. Several measures have been taken to bring transparency into the system. For instance, everything has been made online so that proper monitoring and tracking can be done. Also we are trying to provide land at cheaper rates to the industry and are ensuring that other key necessities like adequate power, proper connectivity etc is maintained to facilitate their growth. Emphasis is also being laid in providing cheaper power to the industry and charges have been reduced. Incentives are also being provided by the Chief Minister to mega projects coming into the State.

“About 160 acres have been given for a rail coach refurbishing factory in Sonepat. The project costing Rs 600 crore would be set up in the Industrial Estate of Barhi in Sonepat district.”

What are the reforms that are being implemented by the department to facilitate industry?

The Department of Industrial Policy and Promotion has also outlined business process reforms on which the States will be ranked on. Haryana has taken a lead in implementing these reforms in real spirit. We have introduced a single window system for all clearances – there is a time bound clearance system which is being monitored on daily basis. A single roof mechanism has been put into place to facilitate the industrialists and entrepreneurs so that they are encouraged to come and set up industry in the State. There is a provision of giving deemed clearance after 45 days and officers have been empowered at all levels to take decisions and ensure there is no pendency that is allowed to pile up.

Processes are being made easier for environmental registration and clearance, obtaining utility permits for water and electricity, paying taxes and access to information and transparency.

What is the vision for Haryana’s future?

We are trying to further improve the ranking of the State from current sixth position to top position. All departments have been asked to jointly work towards the target. The Department of Industrial Policy and Promotion will carry out evaluation exercise in October and departments are working in advance to ensure ground implementation of various services, usage and feedback. A Rapid Assessment System has been developed to take feedback through SMS from the customers about various services being provided by the department. This would help in providing real time feedback about quality of services being delivered.

How has the single window system helped in improving the ease of doing business?

This has really helped as all departments related to giving clearances are working in cohesion that is spelling ease and comfort to the industry. Now all applications pertaining to industrial clearances are routed through Haryana Enterprises Promotion Centre which has nodal officers to ensure time-bound clearances under one roof. At least 12 departments are working in coordination under one roof to provide services. These are Department of Labour, Haryana State Pollution Control Board, Town and Country Planning, Urban Local Bodies, Industry, Haryana State Industrial and Infrastructure Development Corporation, Uttar Haryana Bijli Vitran Nigam, Public Health Engineering, Forest, Revenue and Excise and Taxation.

What are the mega projects that are going to be set up in the State?

A lot of domestic and foreign firms have evinced interest to set up base in the State. We have given land, 105 acres, to a leather cluster that will come up in Sohna, Gurgaon. Major leather industries across the country have shown interest to set up units here. It will attract Rs 500 crore investment and will be an integrated production centre with all the facilities like common facility centre, testing centre, design studio, ready to use factory sheds and infrastructure like roads and electricity.

About 160 acres have been given for a rail coach refurbishing factory in Sonepat. The project costing Rs 600 crore would be set up in the Industrial Estate of Barhi in Sonepat district. The project would refurbish 500 to 700 railway coaches every year. The component of manufacturing will be added to the project subsequently.

In Rohtak, a defence unit will come up at 10 acre land. Mishra Dhatu Nigam Limited, an enterprise of the Ministry of Defence will set up its unit in Industrial Model Township. An Armour Fabrication Unit will come that will manufacture several types of armoured vehicles. The airport at Hisar is going to be a defence aviation hub.

A 300-acre footwear park is coming up in Rohtak. Dalian Wanda Group, one of China’s most prominent developers, have signed a Memorandum of Understanding with Haryana to develop Wanda Industrial New City. Wanda plans to develop industrial townships and retail and residential properties in Haryana. China Fortune Land Development is also looking at setting up an integrated industrial model township at Sohna, Gurgaon.