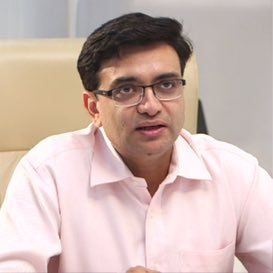 Dr Dinesh Arora, an IAS officer of 2002-batch, Kerala has been appointed as the Director of NITI Aayog. He is currently serving as the Executive Director, Rural Electrification Limited (REC Ltd).

Arora will remain NITI Aayog’s Director till 2019. A doctor by study, Arora started his Indian Administrative Service career in 2002.

He was posted as Sub-Collector, Land Revenue Management and District Administration in 2004.

He was Joint Excise Commissioner in Finance Department in 2006.

He was District Collector of Thiruvananthapuram in 2011.

It replaced the Planning Commission instituted in 1950. This was done in order to better serve the needs and aspirations of the people of India. An important evolutionary change from the past, NITI Aayog acts as the quintessential platform of the Government of India to bring States to act together in national interest, and thereby fosters Cooperative Federalism.

It is also developing itself as a State of the Art Resource Centre, with the necessary resources, knowledge and skills, that will enable it to act with speed, promote research and innovation, provide strategic policy vision for the government, and deal with contingent issues.