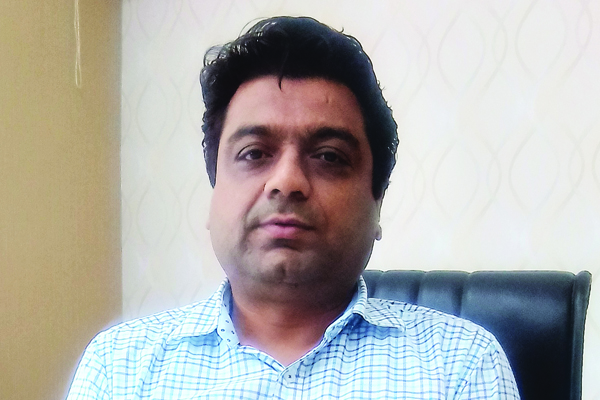 Chandigarh, described as the City Beautiful in common parlance, is known for its easy accessibility as well. The city, which has its compactness as one of its key features, is made extremely easy to access, courtesy, the exhaustive coverage by the Chandigarh Transport Undertaking, writes Priya Yadav of Elets News Network (ENN) in an interview with Amit Talwar, Additional Secretary, Transport, Chandigarh UT Administration, who who says that CTU is not just ensuring good connectivity to other States but providing an excellent local bus service to the residents which has made their life much easier.

“Chandigarh Transport Undertaking is moving towards a unified service of buses. This will allow monitoring the movement of buses in real time, getting data and making it available to the commuters to smoothen their commuting experience.”

How has Chandigarh Transport Undertaking grown over the years?

CTU was formed in 1966 with a fleet strength of 30 buses only. Now the fleet strength has grown and so has the connectivity to Punjab, Haryana, Delhi, Himachal Pradesh, Jammu and Kashmir, Uttar Pradesh and Rajasthan. The local operations are an integral part of CTU and cover 80,000 kms in providing city and sub-urban services.

What is the future of transport in the city?

We are moving towards an intelligent transport system. An agreement has been signed between CTU and SGS India Pvt Ltd and Tekia Ingenieros, a Spain based consortium, to implement the intelligent transport system. This will allow CTU to manage and control its fleet of buses in the city completely online. This means that the residents will be able to get a seamless reliable and authentic information on bus arrival and departure timings, besides improved commuter service.

What are the other plans of CTU to improve commuter’s travelling experience?

We are introducing smart cards that will help in cashless bus service facility, adding more buses in the fleet, setting up more depots and improving IT structure. We are looking at establishing a centralised control system to track buses across the city through GPS and display real time arrival time of each bus on the screens at the bus stands.

In this era of smartphones, what are the mobile apps that people can use for commuting through CTU?

We are committed to provide public services, “anywhere, anytime and on any device”. For this, myChandigarh mobile app has been introduced which is a gateway to the hub of smart mobile applications – City Bus Guide. City Bus Guide is an interactive mobile application which acts as a pocket guide to provide information related to CTU buses routes, stops and timings on the fingertips of the daily bus commuters. It lets search for available buses between any two bus stops by choosing the starting point and destination point. The app provides real time transit information – such as the location of the closest bus stop with the soonest arriving bus.

“The UT Administration, under its Smart City project, is introducing electric buses that will facilitate creation of green corridor. We are looking at acquiring few electric buses in the next few months.”

How will you make the operations of CTU smarter?

Chandigarh Transport Undertaking is moving towards a unified service of buses. We are in the process of setting up an exclusive command and control centre that will cater to the transport department and will be a centralised monitoring and operating system for the buses. This will allow monitoring the movement of buses in real time, getting data and making it available to the commuters to smoothen their commuting experience.

What plans do you have to bring in an environment-friendly technology?

The UT Administration, under its Smart City project, is introducing electric buses that will facilitate creation of green corridor. We are looking at acquiring few electric buses in the next few months. For this, a trial run has commenced already. Under the integrated mass rapid transit system, strengthening of the local bus service is one of the key areas of focus.