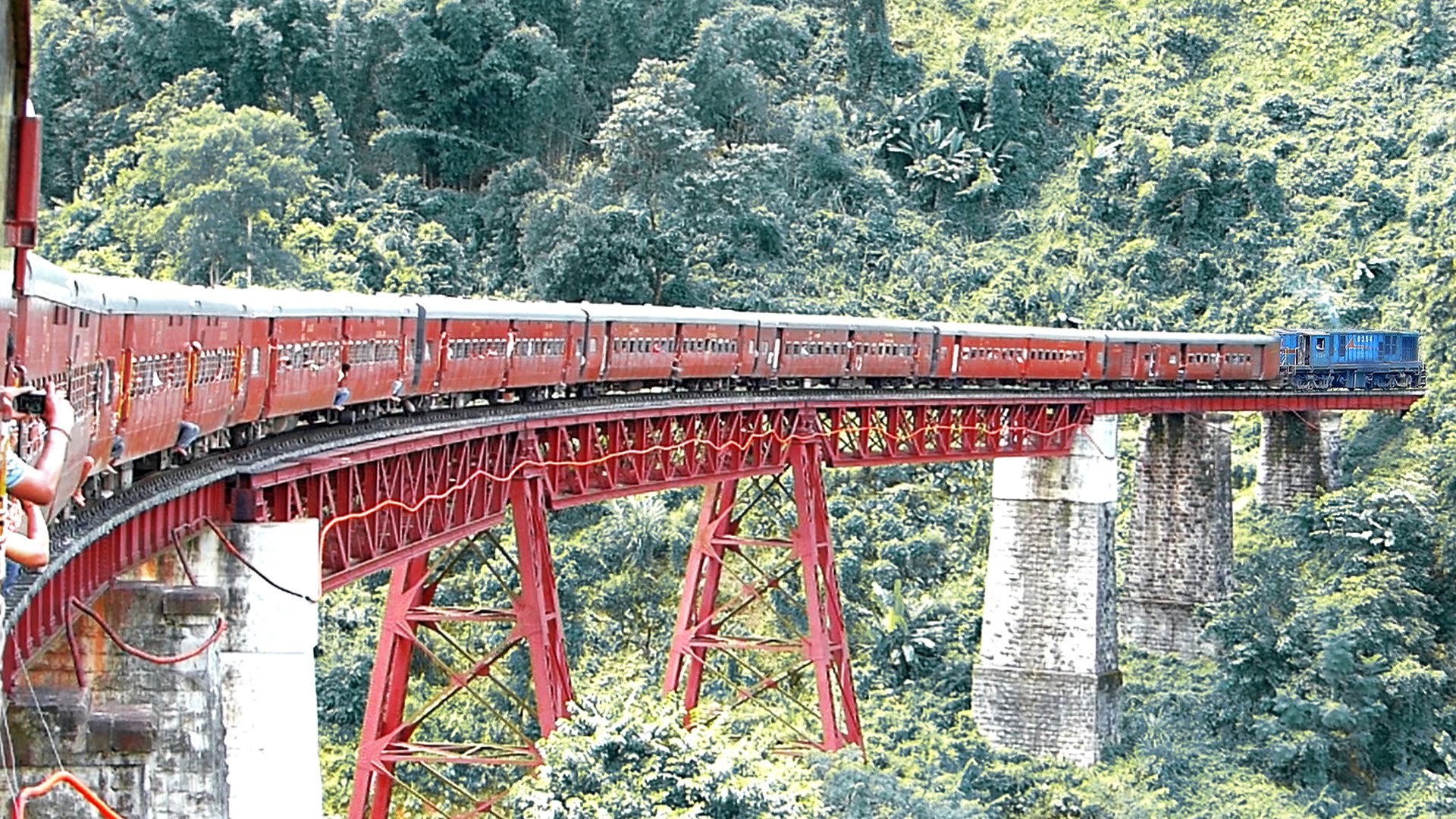 Shifting its focus to North-East India, Railways have sanctioned a 44 km new line connectivity between Sivok-Rangpo in Sikkim. The entire metre-gauge section in North-East region has also been converted into broad-gauge line.

The Railways is also in the process of completing 20 major railway projects which consists of 12 new lines and 4 doublings. These projects have an approximate length of 1,664 km. The total expenditure on these projects is around Rs 43,771 crore.

In the last three years, the Railways have completed the following work in North-East India:

(i) Naharlagun (10kms from Arunachal Pradesh’s capital Itanagar) is now connected to New Delhi through a direct train.

(ii) Arunachal Pradesh has got second Broad Gauge connectivity due to Balipara-Bhalukpong line after gauge conversion.

(iii) Tracks on North Bank of Brahmaputra are now connected to Broad Gauge with commissioning of Rangiya-Murkongselek Broad Gauge line.

(iv) Railways have connected Meghalaya to the rest of the country through commissioning of Dudhnoi-Mendipathar railway line.

(v)  With commissioning of Lumding-Silchar Broad Gauge line, the Barak Valley is now on Broad Gauge network of the country.

(vi) Tripura’s capital Agartala is now on Broad Gauge network of the Railways.

(vii) Manipur is connected with Broad Gauge network with commissioning of Gauge Conversion of Arunachal-Jiribam section.

(ix) 900 km of Metre Gauge has been converted into Broad Gauge.

x) Railways has given 29 new trains in various states of North-East.