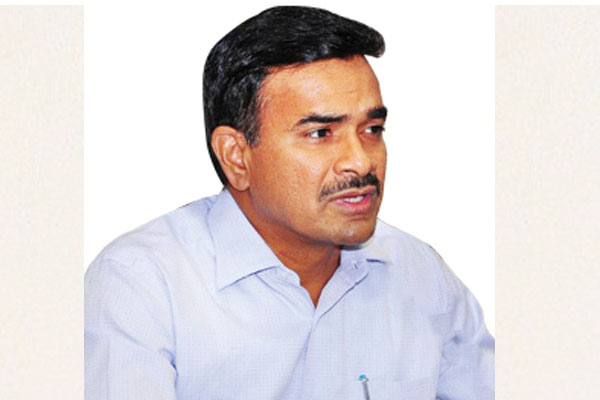 Civil supplies department has always been a concern for the Central and most of the State governments due to major diversions and leakages of revenue, says C V Anand, Commissioner for Consumer Affairs, Food and Civil Supplies department¸ in an interview with Sudheer Goutham of Elets New Network (ENN), adding how innovative measures could save hundreds of crore rupees to the exchequer.

Can you share the idea behind you, an IPS officer, taking the charge as commissioner for Civil Supplies department?
I took charge as the commissioner in August 2016 and I am the first IPS officer to be posted as the officer for civil supplies department in the history of united Andhra Pradesh state. It was a surprise move and the Chief Minister was worried about the diversion and leakage of revenue in the department. Perhaps he was hopeful that something effective will be done to plug the diversion and leakages in the department. I feel the fear was real, as huge diversions were taking place in the civil supplies system of the State. The diversions and leakages have been happening at every level. Huge public money was going into the pockets of rice millers, government officers, and fare price shop dealers.

What were you prompt corrective steps just after taking charge at the civil supplies department?
I took time to understand the subject which felt complex and quite new to me. It involves intervention of the Central Government in a big way under the National Food Security Act that provides subsidies in addition to what state government offers. I studied in-depth on how the department functions. Fortunately, I am also the Vice Chairman and Managing Director for the State Civil Supplies Corporation which helped me identify the loose ends in the system. It is the place where the actual work of procurement and distribution is controlled. The major stakeholders of the corporations are rice millers who were holding the department to ransom almost. State Civil supplies corporation buys the crop yield from the farmers directly which is brought at the paddy purchase centers and gives it to rice millers. As per the Government of India rule, the rice needs to be milled in 15 days and given back to the corporation which will in turn be used by the State Government in public distribution system, the Food Corporation of India and other purposes. Now, as per their (rice millers) habit, which the officers of civil departments did not question indicating collusiveness and corruption, rice millers never return the milled rice to the corporation while the payment for milling is paid to them by the government through cash credit. On the other hand, government kept paying the interest on the loan without evening realising that the rice has not been returned. Rice millers were having a gala time, selling and exporting government rice without being questioned by our department.

To which extent the diversions could be curbed and revenue saved for the Government through your initiatives? With tightening measures we could straight away save Rs. 850 crore for the government. In the coming year, with integration of all the proposed technology, we estimate to save another Rs 1,000 crore to the government.
After taking charge, I noticed that almost 1.8 lakh metric ton of custom milled rice (CMR) were pending with rice millers, which was shocking. Then we set a target to receive all the pending rice through special drive. We held meetings with all the district collector offices in the State and could collect Rs 466 crore worth rice out of Rs 480 crore till 2015- 2016 Kharif season. In another major step, we identified that over 150 mills were defaulting on custom milled rice (CMR) worth Rs 151 crore. To retrieve the pending CMR with them, we took amnesty approach. We offered them to withdraw the cases and help them in functioning their rice mills if they return the due rice stock. Another major scam that happens in the civil supplies department is through gunny bags. Rice millers are supposed to redeposit the gunny bags given them by the department. Deposit of gunny bags did not happen since 2008. We held meetings and could retrieve gunny bags worth Rs 67 crore.

You introduced a culture of innovation in the department bringing in major reforms, tell us about the inception of IT Wing, Account’s Wing and Enforcement Wing in the department for the first time.
Innovative application by rethinking over traditional practices has been instilled in our officers and in the process we created – ‘Accounts Wing’, ‘Enforcement Wing’ and ‘IT Wing’. We took up steps in plugging the revenue leakage through hidden go down rents, reducing transport cost through alternative options. There is no management of accounts for all these transactions so the receipts from the Government of India aren’t coming as expected. So, a separate ‘Accounts Wing’ has been created to look after all these accounts, further recruitments are going on. An ‘Enforcement Wing’ has been created in the process as I have observed that our officers are busy in doing routine things. For the ‘Enforcement Wing’, the recruited few of the retired officers from Civil Supplies department with good reputation for a two months period and constituted five teams with 20 employees. We also created a separate ‘IT Wing’ as we believe major reforms can be brought in through integration of information technology.

What are some of the IT innovations undertaken in the Civil Supplies Department?
We established a ‘Command and Control Center’ in the civil supplies department through which monitoring of the 1,383 vehicles that transports the essential commodities of civil supplies. GPS has been enabled in all these vehicles and if any vehicle goes beyond the Geo-Fenced route alerts will be generated putting the team on vigilance. Further, CCTVs are also being installed in the MLA godowns to keep a watch on the stock. Moreover, in the coming days, all the 17,000 fare price shops will have EPOS machines with biometric and IRIS backup. Weighing machines will be linked to it, card swiping machines, micro ATMs will come into place with Aadhaar linking which will prevent any kind of diversions. With this, we estimate to save another Rs. 700-800 crore per year to the government by preventing diversions and leakages. In addition to that, software systems have been put in place at 2000 ‘Paddy Purchase Centers’ removing human touch points (middlemen interventions) by electronic payments to the farmers for their commodity sale to the civil corporation. An amount of Rs. 2800 crore have been directly pumped into the bank accounts of the farmers.