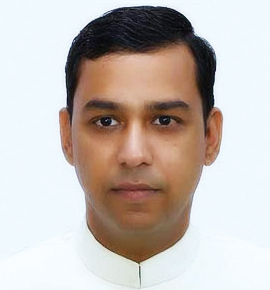 Launch of Swachh Bharat Mission by Honourable Prime Minister Narendra Modi on 2nd October, 2014 evoked massive enthusiasm among citizens. However, we realised that even though people were ready to contribute in the city upkeep there was no such platform available to facilitate them. Action Udaipur project provided this much-needed stage to all, writes Rohit Gupta, Collector and District Magistrate, Udaipur, Government of Rajasthan. Launch of Swach Bharat Mission by Honorable Prime Minister on 2nd October, 2014 led to massive enthusiasm in citizens. However, we realized that even though people were ready to contribute in city upkeep but there was no such platform available to facilitate them. Action Udaipur project provided this much needed stage to all.

Action Udaipur Project was started with a vision to involve urban community in city governance. To further enhance the utility and outreach of program, Action Udaipur Mobile APP was launched in Sep, 2015 by district administration in line with vision of Honorable Prime Minister of Digital India. The main aim of this project is to provide civic community a platform to creatively engage with local government. 8500 citizens are followers of AU Facebook page. Mobile App has diverse features and about 7000 persons have downloaded the app and are using it.

Jan Bhagidari: Action Udaipur project has a major focus on public participation and through “Jan Bhagidari” component in app, any group of citizens can volunteer to clean or beautify a particular area of city. The group can also request for support e.g., paints, colour brushes, or tractor/trolley etc. (in case of cleaning). Approval of project is notified through app.

Stay Fit: To promote health awareness among public, administration regularly organises diverse activities under the banner of stay fit. Private group are also encouraged to participate through the same feature in app; and permissions are given immediately.

All stay fit programs are notified to all users who have downloaded the app.

38 events such as Yoga camps, Cycling, Free health check-up camps, marathon etc. have been organised. Three cycle banks have been created around lakes, wherein citizens have donated cycles. These cycles are available to anyone free of cost in morning and evening hours for cycling around lakes, and cycles are maintained by urban local bodies.

Civic Complain: Various departments having service delivery in municipal area are working on this platform. Citizens can post day to day problems like water pipeline leakage, dustbins overflow, loose overhead electric wires, stray cattle, etc along with the GPS locations and photographs. Concerned department, after resolving the complaint, also posts the after photograph of work done. Each disposal is verified telephonically from complainant, and a group of government officials appointed as city monitors themselves go to spot in case of discrepancy reported. Recently police department has also come on board.

CSR: Corporates are encouraged to work with local bodies to develop and maintain assets and the shelf of such projects is available on the app under CSR tab.

Smart city: Wide publicity of Smart City Project and involvement of citizens in identifying smart city priorities was done through mobile app. Udaipur had one of the highest

coverage in civic participation leading to its selection in top 20 Smart City. Latest updates of project are available on App.

Under gallery tab, photographs of the projects and exemplary work done by citizens are uploaded.

Two new features have been recently added: Start Up Udaipur: Gives list of innovative start ups in the city and their brief description;

Ongoing City Projects: It is motivated by belief that only an informed citizen is empowered enough to take part in governance. Ongoing projects in city by local bodies are uploaded for information and transparency.

For management of the project, a core committee comprising persons from all walks of life has been formed. There is a WhatsApp group also of the members, and focus of deliberations of committee members is to ensure that project is owned and executed by civic community rather than bureaucracy.

Action Udaipur project has provided a stage to urban community to demand, contribute, participate in decisions and issues which are close to their heart and affect their daily life.

Corporates and industries have always been at forefront of beautification projects in any city. A project has been geared to involve masses in city upkeep, as envisaged by honorable Prime Minister in Swachh Bharat Mission. Administration also provided many times, a little help in terms of small equipment and tools to interested group of citizens. This has led to wide partaking and program has become truly community led.

Various campaigns run under the project have helped not only city, but also provided help to needy government school children in rural tribal areas as well as ICDS beneficiaries.

Industries have also shown a lot of enthusiasm, and apart of usual beautification projects, many innovative solutions have been launched – such as water ATMs where RO water is available at minimal cost through automatic vending machines, green living walls in public places to reduce pollution while simultaneously improving aesthetics, city plantation drives, open gyms, etc

Before AU app was launched, people had to go to various government departments with written applications for their day to day complaints. This initiative has helped them in not only sending the complaints through app but rather it also provides a chance to give their feedback which has resulted in utmost satisfaction of the citizens. With a similar motive, GoI has also now launched Swachta App. If one has to motivate citizens to work with government, it is paramount that their legitimate grievances are addressed properly. The Action Udaipur mobile app brings thirteen departments offering more than fifty services on a single platform. Essential services related to Electricity, Drainage, Dustbin, Dead animals, Fallen trees, Garbage, Police, Public

If one has to motivate citizens to work with government, it is paramount that their legitimate grievances are addressed properly. The Action Udaipur mobile app brings thirteen departments offering more than fifty services on a single platform. Essential services related to Electricity, Drainage, Dustbin, Dead animals, Fallen trees, Garbage, Police, Public Toilets, Public Garden, Roads, Stray animals, Streetlight and Water are covered under the civic complain of this app. Citizen can click photograph of problem area, and complaint automatically goes to the inbox of concerned officer along with GPS coordinates. The concerned department officer also has to post picture of the area post resolution. Complainant is notified of resolution via SMS and a special cell in Collector office also calls him up to know about his satisfaction. If he is not satisfied with the work done, the complaint is referred to 11 city monitors who are senior officers. These city monitors verify the complaint and can again mark it unresolved.

Various departments having service delivery in municipal area are working on this platform. Citizens can post day to day problems like water pipeline leakage, dustbins overflow, loose overhead electric wires, stray cattle, etc along with the GPS locations and photographs.

Similarly, with the use of this app the public participation in beautification and upkeep of public places like Gardens, Parks, Government offices, Buildings, Schools, Public toilets, Bus stand, Railway Station, Taxi and Auto Stand, Roads, Playground, Community Centers, Public Libraries etc. has increased. Students of colleges, schools, NGOs, Clubs, Banks, Social workers and corporate houses have been sending their projects through APP, and all required permissions are given instantly. Moreover, the photographs of work done by them are uploaded in the gallery section of mobile app and at the Facebook page of Action Udaipur to motivate others.

Action Udaipur project has given a new market to Krishi Vigyan Kendra (KVK) in household organic farming. KVK has designed innovative packages for households to grow vegetables in their backyard, and all these products are available in app for order.

Action Udaipur project proved very effective during round one of selection stage of Smart City Challenge. Administration could reach out to 7000 users who have downloaded the app and 8500 Facebook followers of project instantly. This led to wide participation in drafting process of plan. In implementation stage now, updates about the project as well as list of ongoing projects are shared with citizens for transparency.

Similarly, celebration of Yoga Diwas at grand scale has created lot of awareness for health in country. Many NGOs, private bodies, etc are keen to contribute by organizing various activities. Stay fit component is geared to capture this zeal by making process of permission etc easy and transparent and notifying all users about upcoming events.

Most heartening has been leadership and involvement of urban youth in the project. The core management committee also has maximum youth members, and the project has given a positive framework for young aspirations to take part in nation building.

In the Chief Minister Collectors Conference held in Jaipur in November 2016, the project was adjudged as an exemplary intervention in urban sector and Honourable Chief Minister directed all Districts and Urban Bodies to replicate this program.