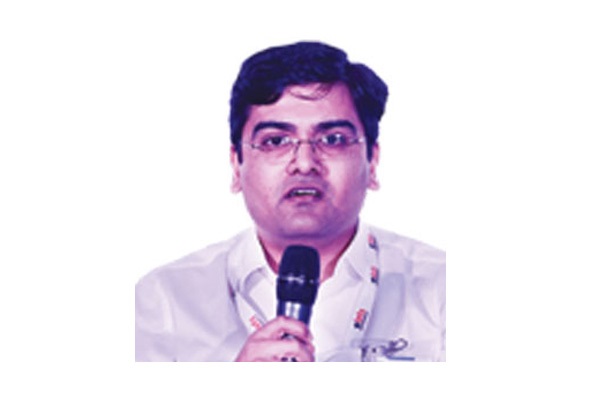 As there was acute fuel crisis in Tripura due to utterly bad condition of the link highways, the North Tripura administration took it upon itself, and within six days, the ‘fuel corridor’ for Tripura was in operation, says Dr Sandeep Mahatme, District Magistrate & Collector, North Tripura district, in an interview with Souvik Goswami of Elets News Network (ENN)

What roles are you playing as the District Magistrate of North Tripura?

North Tripura district is located 180km away from the State capital and is surrounded by borders with Bangladsh, Assam and Mizoram. It is connected to the rest of the country through Assam by NH-44. This district is the entry point for the State from Assam. Being head of the district, the DM & Collector has multiple responsibilities relating to Development, Revenue, Election, Disaster Management, Law & Order issues, Security etc. We are closely working with police and security forces in order to maintain peace for creating conducive atmosphere for development of the district.

Besides, we are also working on the rural development of the district in a big way. We are implementing prominent programmes of the government, like Mahatma Gandhi National Rural Employment Guarantee Act, Swacch Bharat Mission, National Health Mission, Sarva Shiksha Abhiyan, Border Area Development Programme and Multi Sector Development Programme.

Recently under your guidance, NH-208A was repaired on a warfooting during an emergency. Share with us your experience on that and how you and your team achieved it?

The main highway NH-44 is called as the lifeline of the State. It was in a very poor condition. In the 3rd week of July 2016, NH-44 and alternative highway NH-208(A) were blocked for five days resulting in huge crisis of essential commodities and fuel. Minimal availability of petroleum products due to poor road condition since June 2016 created acute scarcity of essential commodities and fuel. Therefore, the State and the Central Government wanted the DM & Collector, North Tripura District to take the responsibility for immediate repair of NH-208(A). So, the repair work was started by using rate contract system, and we mobilised over 650 trucks-loads of materials from seven different suppliers. Materials including brick, boulders, sand and stone aggregate, were laid on the alternative Highway with the help of JCBs and manpower. As a result, the highway was opened within six days and declared as Fuel Corridor for transportation of petroleum products to Tripura.

We used Whatsapp group for closely monitoring the works, taking necessary feedback from engineer’s and collective decisions. We also used drone cameras for supervision and monitoring, as the work was spread over 20 km and a huge quantity of materials was being used.

The team of North Tripura and NHIDCL engineers had a very close coordination and efficient management. The committed hardworking and motivated team worked tirelessly to repair this highway in a mission mode to solve the resolve the problem facing the State.

How much challenging was the operation?

The situation was very alarming and grave as the entire state was facing fuel crisis. The petrol was being sold @ Rs. 300/- per litre and diesel @ Rs. 150/- per litre. As people ran out of patience on 29th July, they resorted to protests, and the fuel crisis was increasing day by day. A sense of fear gripped the state.

The task was very challenging as the entire 20km stretch of highway was located inside Assam and approximately 2,000 trucks were stuck for five days. Therefore, the repair work was taken on a war footing. In this hour of crisis, we got lots of support from the Tripura State Government, ministers, Central Government, Sanjoy Jaju, Director- NHIDCL, as the Central Government was also worried about the situation of Tripura. The local people supported wholeheartedly in the repair works and they appreciated the work undertaken by the Tripura government inside Assam.

How you are leveraging technology for giving services to the citizens?

Under Digital India programme, we are going to establish Common Service Centres (CSCs) in every gram panchayat. Already we have selected 22 entrepreneurs for starting CSCs. We have trained around 70 youth, both boys and girls, for starting e-commerce services in the district. These youths have already started e-commerce centres, where they can order all types of goods from e-commerce portals in lieu of facilitation fee on behalf of consumers and then provide to the consumers.

We used WhatsApp groups for closely monitoring the road-repairing work, taking necessary feedback from engineers and other collective decisions. We also used drone cameras for supervision as the work was spread over a 20km stretch

Therefore, e-commerce shop will act as a link between e-commerce portals and citizens, who currently do not have access due to lack of internet banking, computers and remoteness of locations. Also in 20 hostels we are going to install solar water heaters and in remote villages, solar LED lights to provide electricity in the remotest parts of the district.

You have been the Mission Director, National Health Mission, Tripura, in the past. How are you using that experience to provide quality healthcare services in the district?

During my earlier tenure as NHM Mission Director, “Birth Defect Evaluation and Treatment in Camp Approach in the RBSK” was recognised as the best initiative by the Government of India. Following good experience, we have started another initiative, i.e. birth defectfree district where the prevalence of six birth defects would be brought to zero and our work has already started in this direction.

As the entire Tripura is a malaria-prone zone, my priority is that there should not be any outbreak and death due to malaria. So far, the incidence of malaria, diarrohea and Japanese encephalitis is very less. We also focusing on Mission Indra Dhanush, Pentavalent vaccine and increasing institutional delivery in the district.

What future plans do you have for the district?

The Central Government is rapidly expanding banking and railway infrastructure facility inside North East region. These require lots of trained human resources. As of now, in North-East there is huge scarcity of trained human resource for banking and railway jobs. Therefore, we have decided under Capacity Building Programme in BADP to provide digital classroom facility for providing coaching to the educated youths in banking or railway competitive exam. This will help the educated youth in the district to enable them get decent employment in the manpower-intensive sectors like banking and railway, and also help address the issue of HR shortage in the twin sectors in the North- East region.